What will Erdogan do with supreme power? 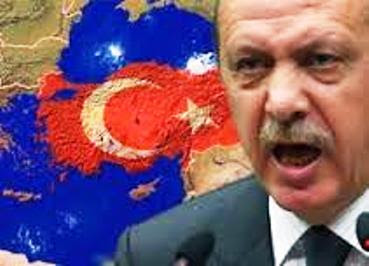 The news from Turkey following the referendum on 16 April is worrying. The coup attempt on 20 July 2016, in which rogue troops commandeered fighter jets and tanks to bomb parliament, led the Turkish cabinet to declare a six-month state of emergency. On 19 January, as the six months drew to a close, the state of emergency was extended for a further three months. Now, following the referendum, the Turkish cabinet has once again added three months to the extraordinary powers permitted the president and his government under the terms of the emergency legislation.

The actions taken by President Recep Tayyip Erdogan under the emergency powers may provide a template of what life will be like when Turkey is transformed from a parliamentary to a presidential republic. For example, in what appears to be a fresh political crackdown, thousands of opposition activists have been arrested for protesting the referendum result.

Under the new constitution proposed by Erdogan the role of prime minister will be scrapped and the president will become the head of the executive, as well as the head of state. He will be given sweeping new powers to appoint ministers, prepare the budget, choose the majority of senior judges and enact certain laws by decree. The president alone will be able to announce a state of emergency and dismiss parliament, which will lose its right to scrutinize ministers or propose an inquiry.

Erdogan argued that the reforms he sought would streamline decision-making. Decision-making is certainly streamlined when judicial independence and press freedom have been stifled and political opponents imprisoned. An all-powerful president will be akin to a dictator on the lines of a Hitler or a Stalin. On 13 March a Council of Europe inquiry expressed “serious concerns at the excessive concentration of powers in one office... It is also of concern that this process of constitutional change is taking place under the state of emergency.”

Erdogan’s presidential ambitions go back a good few years. The events of 2013, when he held the post of prime minister, may have crystallized them. Twice during the course of the year violence directed largely against Erdogan and the party he leads, the AKP, broke out on the streets of Turkey’s major cities. The underlying cause in both cases was a widespread perception that Erdogan had become too dictatorial in attempting to end Turkey’s role as a model of secularism in the Muslim world.

Over the course of summer 2013 opposition built up within Erdogan’s own party, the AKP. This centered around followers of Fethullah Gulen, an influential Turkish cleric who lives in the US. Gulen was once one of the AKP's main spiritual leaders, preaching a blend of moderate, business-friendly Islam that helped the party rise to power. His dispute with Erdogan and the AKP leadership arose over a government decision to shut down the large network of private schools that the Fethullah Gulen community, or Hizmet Movement, operated.

Gulen had followers at high levels in the Turkish establishment, including the judiciary, the secret service and the police force. Early in December 2013 Erdogan was furious to discover that, for more than a year and unknown to him, the police had been engaged in an undercover inquiry into corruption within the government and the upper echelons of the AKP. By the end of the year Erdogan’s own son had been named in the widening corruption investigation. Erdogan declared the police investigation a plot by foreign and Turkish forces to discredit his government ahead of local elections in March 2014.

Those elections were the key to unlocking Erdogan’s ambitions. Returned to office, Erdogan was able to change the constitution to allow him to remain as prime minister beyond his statutory three terms. Subsequently he was able to stand for president in 2014, and then to imbue the office – once largely ceremonial – with increased powers. Now he can go the whole hog and turn his long-held dream of gaining supreme power into reality.

Erdogan blames Fethullah Gulen for inciting the coup attempt in July 2016, and he has been exacting a ruthless revenge on those accused of having links with Gulen. 170 media outlets have been shut down, including 29 publishing houses, 3 news agencies, 45 newspapers, 16 TV stations, 23 radio stations, and 15 magazines. 1,577 university deans have been forced to resign, while 2,700 judges, 163 admirals and generals and 24,000 teachers and Interior Ministry employees have been fired.

Blanket repression of any sort of opposition to Erdogan has marked the months of the emergency. It certainly marked the referendum campaign itself, when the “No” camp faced unprecedented difficulties in trying to get its message into the media.

Turkey has been knocking on the EU’s door for decades, but the requirements laid down for entry have consistently proved too onerous for Turkey to achieve. Now, in view of the Erdogan government’s human rights abuses of the past year, allied to his own desire to re-introduce the death penalty, it seems that both the EU and Turkey are backing away from the idea altogether. Exacerbating the situation, the European Commission recently called for an investigation into alleged voting irregularities in the referendum.

So presidential Turkey seems likely to put its EU application on the back burner, and to consolidate its strong position within the Sunni Muslim world. That presupposes continued opposition to President Bashar al-Assad’s regime in Syria, and thus an anti-Iran line in the Middle East. Despite US support for some anti-Islamic State groups linked to Kurdish separatists, a re-empowered Erdogan will be largely on side with the US, and also with the Gulf States and Israel, with which he has recently patched up his quarrels of the past decade or so.

History teaches us that absolute power is what dictators and autocrats have traditionally sought but that, in the process of obtaining and exercising it, they almost invariably bring about their own undoing. Will Erdogan buck the trend?