To hell with the truth! 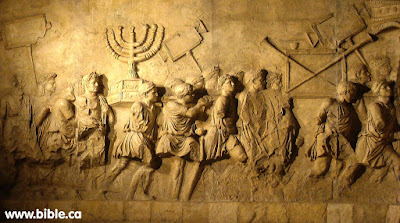 To hell with the truth! As the history of the world proves, the truth has no bearing on anything.

Opinions and wishful thinking are not the same as provable facts. It is one thing, for example, to believe fervently that Marxism is a preferable system to capitalism, but to maintain against all the evidence that the world is a flat disc floating in space is surely unsustainable. Yet the Flat Earth Society flourishes, even in 2016. Discounting all the scientific evidence to the contrary, there are people who have convinced themselves that the world is not a globe spinning in space. As the ancient proverb has it: "There are none so blind as those who will not see. The most deluded people are those who choose to ignore what they already know.”

And so, for example, there are large numbers of people who deny that the Holocaust ever occurred, choosing to ignore the overwhelming weight of historical evidence, the testimony of thousands of witnesses and participants, and the tons of documents, photographs and film footage. They can maintain this even in the face of the evidence of such Nazi officials as SS-Obersturmbannführer Rudolf Hoess, given at his trial in Nuremberg in 1946:

“I commanded Auschwitz [from 1 May 1940] until 1 December 1943, and estimate that at least 2,500,000 victims were executed and exterminated there by gassing and burning. …victims included about 100,000 German Jews, and great numbers of citizens, mostly Jewish, from Holland, France, Belgium, Poland, Hungary, Czechoslovakia, Greece, or other countries. We executed about 400,000 Hungarian Jews alone at Auschwitz in the summer of 1944."

Rational people do not normally turn their backs on indisputable evidence, unless they are moved by some even stronger motive. Holocaust deniers are either apologists for Hitler’s Nazi regime, or have a strong antipathy to Jews, or both. What then of the 24 nations that voted on October 13, 2016 in favor of a resolution of UNESCO (the United Nations Educational, Scientific and Cultural Organization) that denies the incontrovertible Jewish connection to its most holy religious sites, namely the Temple Mount and the Western Wall in Jerusalem?

A world body with UNESCO’s remit might be expected to assert that Jerusalem contains sites variously holy to Christianity, Islam and Judaism. Instead, giving one token nod in that direction, it has voted to eradicate all Jewish connections to its holy places, and by extension Christianity’s too. The latest resolution describes the Temple Mount and the Western Wall as purely Islamic holy places, referring to them solely by their Muslim names of Al-Haram Al-Sharif and the Buraq Wall.

It is an historical, geographical, archaeological and biblical fact that the first Jewish Temple stood on the Mount in about 900 BCE, and that the second Temple – built in 349 BCE and extensively reconstructed by Herod in the first century BCE – was totally destroyed by the Romans in 70 CE as they crushed a revolt of the Jewish population, leaving only the outer wall surrounding the Mount. The Arch of Titus in Rome commemorates the victory, and bas-reliefs show Roman soldiers making off with Jewish religious artefacts from the Temple.

As for the Christian connection, the Temple features in one of the iconic incidents in Christ’s story: “Jesus went into the Temple of God, and cast out all them that sold and bought in the Temple, and overthrew the tables of the money changers,,,” (Matthew 21:12).

Islam dates its origins from the death of Mohammed some 600 years after the Romans sacked Jerusalem. The Dome of the Rock and the Al-Aqsa mosque were built several decades after that.

In addition to the 24 nations that supported the UNESCO motion, political expediency clearly outweighed respect for the truth for a further 26 nations, which chose to abstain rather than vote against an obvious distortion of historical fact. The resolution had been sponsored by Algeria, Egypt, Lebanon, Morocco, Oman, Qatar, and Sudan – all Arab nations intent on delegitimizing Israel as far as they could. The 26 simply lacked the moral courage to oppose them.

Only 6 countries out of the 56 voting were principled enough to put plain truth before political expediency and vote against the resolution. They should be named: the US, the UK, Germany, the Netherlands, Lithuania and Estonia.

Also on the roll of honour arising from this episode stand the names of the retiring UN Secretary General, Ban Ki Moon, and UNESCO’s own director-general, Irina Bokova. Ban’s spokesperson said: “The Old City of Jerusalem and its Walls have an undeniable link to three religions: Christian, Jewish, Muslim… Anything that is perceived as an undertaking to repudiate that fact … will only feed violence and radicalism.”

Bokova disavowed the resolution passed by her own organization. It “runs counter to the reasons that justified [Jerusalem’s] inscription on the UNESCO World Heritage list,” she said. “We have a collective responsibility to strengthen cultural and religious coexistence… to bridge the divisions that harm the multi-faith character of the Old City.”

“Not a peep from the Pope” ran a catchy headline to a recent commentary on the UNESCO vote, noting that initially the Vatican had remained rather alarmingly silent, as if efforts to Islamicize Jerusalem did not also impinge directly on Christian history and religious interests. Finally on October 26 Pope Francis, in the midst of an address about migration, gave utterance to a typically opaque Vatican remark: “The people of Israel…walked through the desert for forty years until they reached the land promised by God” – a statement which, in the context of the UNESCO vote, could be taken as an endorsement of the Jewish God-given connection to the Holy Land.

It is not only the Pope who has failed to defend Christianity in the face of this UNESCO assault on historic fact and religious belief. Protestant leaders world-wide have said very little. It is incumbent on them, on the Vatican, and on national leaders the world over to speak out for truth and in support of the Judeo-Christian foundations on which Western civilization is based.

In short, let it be said loud and clear that Jerusalem is a city containing sites revered by three world religions whose claims on them need to be respected, not deliberately obliterated in the interests of political point-scoring.

“To hell with the truth!” is all very well as a realpolitik philosophy. But turning one’s back on the truth does not make it go away. As Shakespeare so succinctly puts it: “Truth will out!”

Published in the Eurasia Review, 30 October 2016 as
"UNESCO and to Hell with the Truth!":
http://www.eurasiareview.com/31102016-unesco-and-to-hell-with-the-truth-oped/