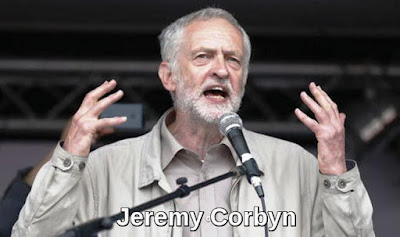 Ever since Jeremy Corbyn became leader of Britain’s Labour Party back in 2015, it has been torn apart over the issue of anti-Semitism.

Corbyn won his landslide victory in the leadership election thanks to the support of an organization called Momentum – a hard-left group set up in opposition to the social democratic principles that had projected Tony Blair and his “New Labour” to electoral success in the 1990s and early 2000s.

Britain’s Labour Party has always revelled in its own description of itself as “a broad church”. Founded at the turn of the 20th century by a trade union movement based on Marxist principles, Labour also embraced from the start much gentler social democratic concepts inherited from the Christian and philanthropic impulses of the Victorian Liberal Party.

There was a strong Jewish connection from the start. In late-19th century Britain, the working classes were slowly becoming aware of their power within a capitalist economy. Jewish workers and activists were among the first to force poor working conditions and poverty-level wages into the public consciousness. In the sweat shops of London’s East End, the hub of Britain’s Jewish community at the time, clothing workers slaved for up to 18 hours a day, six days a week. The first effective action took place in 1889, when the Great Dock Strike brought the East End to a standstill. The protest was supported by 8,000 workers, mostly recent Jewish immigrants from Tsarist Russia, fleeing discrimination and persecution.

The sweatshop workers were galvanised into action by Rudolph Rocker, the German-Jewish editor of a radical Yiddish newspaper, The Workers’ Friend. The secretary of the Tailors' Strike Committee was a Lithuanian Jewish anarchist called William Wess. Its chairman was Lewis Lyons, son of German Jewish immigrants. They built links with local non-Jewish campaigners in the area through William Morris's Socialist League.

Solidarity from Irish Catholic dockers, who replenished the strike fund when it was nearly exhausted, resulted in victory for the immigrant Jewish tailors. The employers caved in. A 12-hour working day with meal breaks was conceded. Emboldened by their growing clout, the trades unions mounted a series of strikes for increased wages and better working conditions, and it was the burgeoning trade union movement that gave birth to Britain’s Labour Party in 1906. 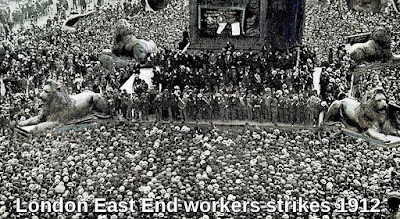 From its start the Labour Party was widely supported by Jewish members, but it also drew some of its most active leaders from the Jewish community. This was because three years earlier the first branch of Poale Zion (Great Britain) had been formed.

Poale Zion, which viewed Zionism as the national liberation movement of the Jewish people, was highly influential in the development of the British Labour movement. An especially noteworthy achievement was the Labour Party's War Aims Memorandum, drafted by Sidney Webb and Arthur Henderson in 1917. This document, which preceded the Balfour Declaration by three months, recognized the "right of return" of Jews to Palestine. In 1920 Poale Zion was affiliated to the British Labour Party as The Jewish Socialist Labour Party.

In the mid-1920s, Poale Zion’s parent body – the World Union − set up an office in London's East End led by Shlomo Kaplansky and David Ben-Gurion. In the same building Moshe Sharett was at work as a Yiddish-English translator. The subsequent growth and development of the British Labour Party was significantly enhanced by the Jewish contribution. Some of the Jewish Labour MPs in the inter-war years became legends in their own lifetimes. The roll-call resounds even today: Marion Phillips, Manny Shinwell, Sydney Silverman, Lewis Silkin. 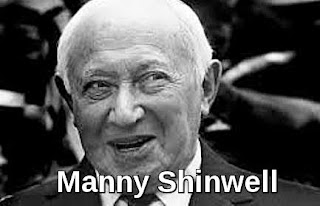 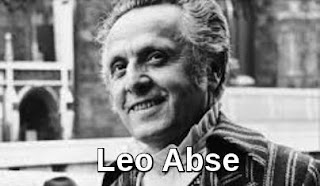 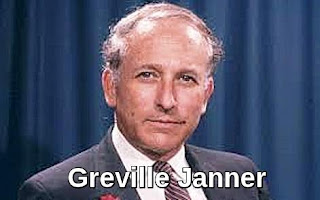 These people, and many other Jews, were integral to the growth and development of the Labour Party in the twentieth century. During much of that time, most of Britain’s Jewish community saw the Labour party as its natural home.

In 1918 the party had incorporated into its constitution, as Clause 4, the out-and-out socialist objective of securing “the common ownership of the means of production, distribution and exchange.” In practical terms that meant that a future Labour government would be obligated to nationalize as much of the state’s economic infrastructure as possible, and indeed when Labour came into power after the 1945 general election, it proceeded to enact this programme. It brought into public ownership the coal and steel industries, Britain’s railway system, road transport, the electricity and gas industries, and of course, by establishing the National Health Service, the provision of health care.

Although at first there was general acceptance by the public of this great socialist experiment, disillusion soon crept in. When inadequate services, soaring prices and strikes began to affect the public, their mood changed. Within the Labour movement the social democratic leadership began to see that electoral success depended on softening, if not abandoning, Clause 4. After losing the 1959 general election, Labour leader Hugh Gaitskell made a courageous attempt to have Clause 4 amended. The harder left wing fought back, and defeated him. 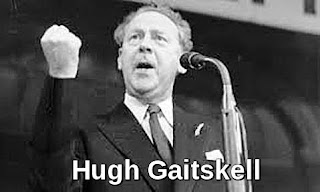 It was a Pyrrhic victory, since it was followed by the brilliant electoral successes of Tony Blair and his “New Labour”. Blair was an unapologetic social democrat, and he conceived of a middle way in British politics. For a time he succeeded beyond all expectations in gaining the confidence of the British electorate.

Before Blair’s edifice came tumbling down in the débacle of the Iraq war, he managed to have Clause 4 and all references to nationalization radically revised. After Blair’s departure his New Labour limped on briefly, but the Labour party was in disarray. When a leadership election was held, three of the four candidates could reasonably be described as social democrats. The fourth was a wild card, a known and long-standing rebel within the parliamentary Labour party. The most prominent figures in the party urged members not to vote for him. But New Labour was a busted flush, and in the event Jeremy Corbyn was elected by a landslide.

Corbyn, who had become a member of the UK parliament in 1983, had been a rebel before becoming an MP, and remained a rebel after taking his seat. During the 1970s a Trotskyist hard-left group, called the Militant Tendency, embarked upon a long-term, calculated effort to infiltrate and eventually take over the Labour party. Militant supporters succeeded in gaining powerful positions within the inner governance of the party, and all efforts by social democratic elements to root Militant out failed. In 1982 Corbyn wrote in the journal he helped manage, London Labour Briefing, supporting Militant and opposing its expulsion from the party. For a time he was successful, but eventually Militant defied the Labour establishment once too often, decisive action was taken, and the party was cleansed.

When in 1984 the Provisional IRA (Irish Republican Army) blew up the hotel housing Margaret Thatcher and the Conservative government leadership, killing 4 people and paralyzing the wife of a minister, Norman Tebbit, London Labour Briefing came out in support of the terrorists, joked about the dead and mocked Tebbit. A few weeks later Corbyn invited Gerry Adams and Martin McGuinness – both suspected one-time members of the IRA − to visit Parliament. In 1986 he joined a picket outside the Old Bailey to protest at the trial of the man who planted the bomb. 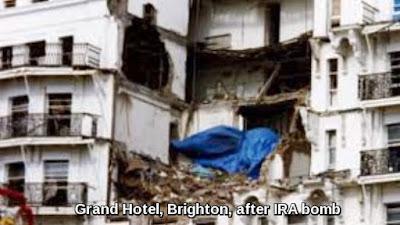 Jeremy Corbyn is an exponent of a hard-left political agenda peculiar to Britain. It is based on a particular view of the British class system, its colonialist past and capitalism. He opposes the lot. Everywhere Corbyn sees victims of overwheening colonial exploiters or unscrupulous big business, and clearly feels a bond of sympathy with all who claim to be struggling against them, no matter how ruthless their methods.

Intersectionality decrees that Palestinians are quintessential victims, and that their villainous oppressors are Israel, which it accuses of every sort of monstrous criminality including genocide. The logic of intersectionality decrees that anyone who opposes racism, homophobia or sexism must necessarily oppose Israel. That diktat is easily extended to all who support Israel, and by a further extension all Israelis, most of whom happen to be Jews. This is how eminent academics have come to refuse to engage professionally with their Israeli counterparts, while stoutly maintaining that they are not anti-Semitic in doing so. 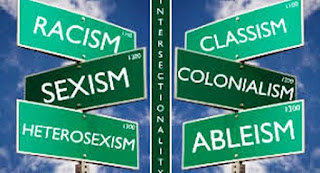 In pursuit of this philosophy Corbyn has shared platforms with Irish terrorists, extremist Islamist proponents, and representatives of proscribed terrorist bodies like Hamas and Hezbollah. In 1984 he advocated cutting ties with Poale Zion. In 2013 he declared that some Zionists “don’t understand English irony”, despite having lived in the UK “for a very long time, probably all their lives.” In 2014 he was content to participate in a wreath-laying ceremony at the graves of terrorists who carried out the Munich Olympic massacres. Turning a blind eye to Jewish persecution over the centuries and the rationale for the emergence of Zionism, he appears to view Israel as a colonialist and racist enterprise, and the Palestinians as its victims.

This explains his failure so far to endorse the examples of anti-Semitism provided by the internationally accepted definition, and why so many Jewish members of the Labour party, inheritors of the huge contribution made to its history by Jews of an earlier generation, feel so hurt. Their feelings are shared by the vast majority of the Labour members of parliament who abhor the shilly-shallying over tackling anti-Semitism in the party, and have voted overwhelmingly in favor of adopting the International definition in full.

If Corbyn and the party’s National Executive Committee are eventually forced to do so by internal pressure and the weight of public opinion, they are likely to insist that the provisions start to bite from a given date. To allow the definition to apply retrospectively would put Jeremy Corbyn himself, together with an incalculable number of his closest followers, in danger of being charged with anti-Semitism and bringing the party into disrepute.

Corbyn’s leadership campaign had been masterminded by a Jewish friend, Jon Lansman, who set up the organization called Momentum. It now has a membership of more than 40,000. Momentum is a hard-left organization, busily engaged in seizing the reins of power within the Labour movement. It is the Militant Tendency story all over again. How will it end this time?