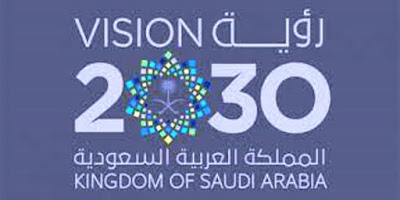 It comes as something of a surprise to realize that the kingdom of Saudi Arabia is less than a hundred years old. It was only in 1932 that Abdul Aziz ibn Saud emerged from many years of political and military struggle against other local chieftains and the Ottoman empire and was able to name the area that he had conquered “Saudi Arabia”, and proclaim himself monarch.

It was doubtless with an eye to the eventual centenary celebrations of the monarchy and the kingdom that in April 2016 Saudi’s dynamic young crown prince, Mohammad bin Salman (known as MBS), launched Saudi Vision 2030, an ambitious plan to revitalize the nation. If it succeeds, by 2032 Saudi Arabia will have been transformed from its current dependency on oil revenues into a modern, liberalized, thriving, entrepreneurial society, its prosperity underpinned by flourishing industrial, financial, economic and commercial sectors.

Saudi Vision 2030 has been described as a “neo-liberal blueprint”. It envisages, among hundreds of initiatives, privatizing entire sectors of the economy, cutting subsidies, courting investors at home and abroad, streamlining government services, and going public with the national oil company, Saudi Aramco.

In its two-year review of Saudi Vision 2030, issued in May 2018, the International Monetary Fund (IMF) declared that Saudi Arabia was making "good progress" in implementing reforms likely to help spur economic growth.

The basic aim of Vision 2030 – to lower Saudi Arabia’s dependency on oil by creating new revenue streams – was fostered by the oil price collapse of 2014-15, which forced the government to declare a deficit budget in 2016. For many years the Saudi economy had been dependent on, and sustained by, oil. Oil income accounted for some 90% of export earnings and 87% of budget revenues. This clearly left the kingdom highly vulnerable to fluctuations in the price of oil.

It was a document produced in 2015 by the business consulting firm McKinsey, “Saudi Arabia Beyond Oil”, that laid the foundations of Vision 2030 by proposing how the kingdom might redirect its economy away from oil dependence and build a sustainable economy.

What those proposals could not adequately tackle, however, was the temptations that a rebound in oil prices might have on the diversification program. Vision 2030 got off to a flying start in its first two years, but by 2018 oil prices had soared from their low of $30 a barrel to $80 – nowhere near the heady days of 2008, when they topped $145 per barrel, but significant enough.

The result, one authoritative economic source suggests, is that the Saudi government, no longer hemorrhaging money from foreign exchange reserves, has fallen back on an old habit of acting with less urgency when times are good for the oil industry. Now that it has extra oil revenue it is slowing down reform efforts a little, while still moving toward a positive current account balance.

“The primary challenges for the government,” said the IMF’s mission chief for the kingdom, Tim Callen, “are to sustain the implementation of reforms, achieve the fiscal targets it has set, and resist the temptation to re-expand government spending in line with higher oil prices.”

Britain’s prime minister Theresa May included Riyadh in her first overseas trip after triggering Brexit – the UK’s decision to leave the European Union – disregarding criticism from human rights and left-wing activists who want Britain to cut military ties with the Saudis over allegations of war crimes in Yemen. She has personal experience of the importance of Britain’s relationship with the Saudis from the six years she spent as home secretary, where part of her brief was to oversee the operations of MI5, the UK’s domestic security service. Over the years, Saudi intelligence has provided information that has helped thwart a number of major terrorist attacks against Britain, including the plot to blow up a number of flights from Heathrow to the US.

This close alliance was heavily emphasized when MBS paid a three-day visit to Britain in March 2018. The visit achieved a significant result. The UK and Saudi Arabia agreed to set up a new bilateral government body, to be known as The Strategic Partnership Council. Its remit will be to assist in the roll-out of Vision 2030, and to promote British involvement in Saudi’s rapidly developing service sectors.

Vision 2030 has started its long journey. There are certainly obstacles ahead, but also enormous opportunities. For example, Saudi Arabia has vast, untapped mineral reserves with an estimated value of $1.3 trillion – more than the individual economies of most of the world's nations. Those include substantial deposits of uranium, gold and copper. Moreover the kingdom is undertaking massive construction projects, including the $20 billion Riyadh metro project, new cities like Qiddiya, the planned home for a nascent Saudi entertainment industry, and Neom, a special economic zone that will function as an urban-scale tech incubator.

In reviewing the progress of Vision 2030 recently, US Commerce Secretary Wilbur Ross said that what encourages him more than the grand plans, is the system of highly detailed benchmarks the Saudis have established to measure their progress. The kingdom, he said, is monitoring criteria from the increase in average life expectancy to the number of peer-reviewed articles by Saudi scientists that appear in international journals.

"That's the level of precision with which they are trying to manage this incredible transition of their country," he said. "I think they have a very, very high probability of
succeeding." 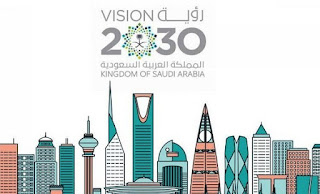