Peace in the Holy Land – one possible path 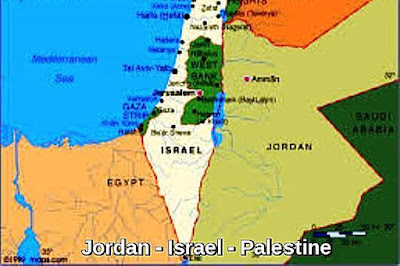 With new political groupings emerging in anticipation of Israel’s forthcoming general election, voters are entitled to ask what policy each of the contending parties proposes for the perennial Israeli-Palestinian issue.

On September 2, 2018, a delegation from Israel’s Peace Now organization travelled to Ramallah in the West Bank to discuss with Palestinian Authority President Mahmoud Abbas prospects for settling the conflict. The statements that follow such meetings rarely contain anything of substance. This was an exception.

The next morning, the Palestinian Information Center, known as Palinfo, published an account of Abbas’s conversation with the Israelis that was replete with surprising, not to say startling, details.

“During a meeting with an Israeli delegation that visited Ramallah on Sunday,” ran the deadpan report, “Abbas said that senior US administration officials, Jared Kushner and Jason Greenblatt, asked him recently about his opinion of a ‘confederation with Jordan’. “I said yes to the offer, but I want a three-way confederation with Jordan and Israel,” Abbas said.”

When exactly did Abbas speak with the Trump peace plan team, Kushner and Greenblatt? It could only have been some time in 2017 while the details were still being assembled. Now it is complete , but it is clear that Abbas has not been briefed on its provisions. Abbas disengaged from all dealings with Washington back in December 2017, when President Donald Trump announced US recognition of Jerusalem as Israel’s capital. Abbas has subsequently declared that the US has disqualified itself as a broker in the Israeli-Palestinian peace process.

Leaks are always possible, despite the tightest security. It is just on the cards that the word “confederation” has somehow slipped through the intensive screen of secrecy that has been erected and maintained around the plan. Whether this is so or not, the word has featured in the speculation buzzing about the “deal of the century”. It may have provoked the Jordanians into rejecting the idea of uniting with, or taking over, the West Bank . But Abbas’s response - that he believed in a triangular confederation comprising Jordan, Israel and a sovereign state of Palestine – that is a game changer.

Abbas has a good deal of reason on his side. Prowling around the PA stockade is Hamas, ruling over nearly two million Palestinians in Gaza, hungry for power in the West Bank, and harrying Abbas for a decade. Hamas rejects the two-state solution because it rejects the right of Israel to exist at all and is dedicated to destroying it. Establish a new sovereign Palestine within whatever borders, and it would not take long for Hamas to seize the reins of power just as it did in Gaza. The new state would then become a Gaza-type launching pad for the indiscriminate bombardment of Israel.

This prospect in itself may not concern the PA leadership overmuch, but what does worry them is the likelihood of losing power to Hamas, either by way of a military coup or via democratic elections. Like it or not, Abbas realizes that a new Palestine would need stronger defences against “the enemy within” than his own resources could provide.

An even more fundamental issue now militates against the classic two-state solution. The PA has painted itself into a corner. Vying with Hamas on the one hand, and extremists within its own Fatah party on the other, it has glorified the so-called “armed struggle”, making heroes of those who undertake terrorist attacks inside Israel, continuously promulgating anti-Israel and anti-Semitic propaganda in the media and in the schools, and reiterating the message that all of Mandate Palestine is Palestinian and the creation of Israel was a national disaster. The end-result of their own narrative is that no Palestinian leader dare sign a peace agreement unilaterally with Israel based on the two-state solution. The consequent backlash from within the Palestinian world, to say nothing of the personal fear of assassination, have made it impossible.

Any viable solution will need to be based on an Arab-wide consensus, within which Palestinian extremist objections could be absorbed. Israel’s status within the Arab world has improved immeasurably in recent times, as moderate Arab states begin to perceive Israel as a stalwart ally against Iranian ambitions, both nuclear and political. The Arab League could prove an acceptable broker for a peace deal. Under its shield the PA could participate in hammering out a three-state confederation of Jordan, Israel and Palestine – a new legal entity that could come into existence simultaneously with a new sovereign Palestine that ideally would include Gaza.

The negotiations to bring about this kind of political solution would be lengthy, intensive and complex, probably putting the discussions leading to the UK’s deal to withdraw from the EU – so-called Brexit – in the shade. If achieved, the end-result would be eminently worthwhile. A Jordan-Israel-Palestine confederation would be dedicated above all to defending itself and its constituent sovereign states, but also to cooperating in the fields of commerce, infrastructure and economic development. From the moment it came into legal existence, the confederation could make it abundantly clear that any subsequent armed opposition, from whatever source including Hamas, would be disciplined and crushed from within.

The IDF, acting in concert with the defense forces of the other states, would guarantee both Israel’s security and that of the confederation as a whole. A confederation of three sovereign states, dedicated to providing high-tech security but also future economic growth and prosperity for all its citizens – this is not only a configuration offering considerable potential advantages to Israel, but it is also the possible answer to a peaceful and thriving Middle East. It is attractive enough for at least one of Israel’s contending political groupings to adopt as its proposed policy in the forthcoming election. 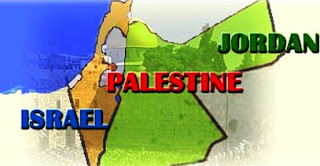