This article of mine appears in the edition of the Jerusalem Report dated July 22, 2019 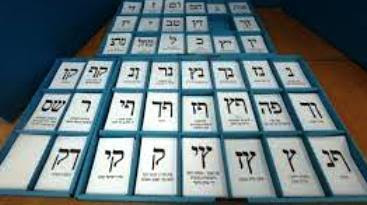 One of Israel’s odder characteristics is the practice of dubbing citizens who happen to have English as their mother tongue “Anglos”, whichever part of the globe they chance to emanate from. Whether you hail from New York, Vancouver, Cape Town, or Sydney, to say nothing of London’s Golders Green, you’re an “Anglo” – which is actually a truncated version of “Anglo-Saxon”. In fact one nationwide and highly respected real estate agency in Israel trades under the soubriquet “Anglo-Saxon” – a clear signal to clients that “English is spoken here”.

Israeli citizens with English as their mother tongue are, therefore, a recognized sector of Israeli society, but they are only a minor sector. The Central Bureau of Statistics recently estimated them at something under 200,000 individuals. Organizations such as AACI (the Association of Americans and Canadians in Israel) and ESRA (the English Speaking Residents' Association) claim the actual figure ranges between 250,000 and 300,000, but in a total population of nine million this is still very nearly insignificant – except, of course, to the people concerned.

Given this statistic, however, it is perhaps surprising that when the last general election loomed on the political horizon, Anglos and their particular needs figured at all in the consideration of the political parties. Yet a fair number did go out of their way to address an English-speaking audience. Perhaps they did so in recognition of the fact that, while some fortunate people have a natural facility with language, for many who have acquired a working knowledge of a second language it is often a struggle to read or write in it. Or perhaps it is simply acknowledging that although Hebrew became Israel’s sole official language in July 2018, English is pretty much universal.

Before the last general election, held in April 2019, no less than 47 parties registered to participate. In pre-election maneuvers and deals, they finally amalgamated into the 15 joint lists from which voters were invited to choose.

Some parties made no effort to venture beyond Hebrew in their pre-election promotion, and some scarcely did even that. United Torah Judaism, Shas and the Arab parties, and also the lists in which they participated, did not bother to set up websites or to open Twitter or Facebook accounts. The little they did to reach out to voters by way of leaflets and phone calls was couched in Hebrew. Surprisingly, the Blue and White joint list, which played such a major role in the election, also did not run a website to which interested voters, English-speaking or not, could turn for information.

This deficiency was partly made good by the efforts expended by Yesh Atid (There is a Future), a founding partner in Blue and White – the alliance formed by the Israel Resilience party (Hosen L’Yisrael), Telem and Yesh Atid, specifically to contest the election. Yesh Atid ran an impressive website in English which set out its platform in detail, together with information about party members and planned political gatherings. It established a closed group on Facebook, and fostered debates and meetings in English. Neither its main partner, Israel Resilience, nor Telem were to be found on the internet.

The two main parties to the left of center were Labor and Meretz. The Labor party hosted a website which set out the party’s political platform in colorful detail, together with information about its candidates. The site was in Hebrew, but the touch of a button re-presented all the material in English.  Meretz had a webpage and Facebook account in English, but the center parties Kulanu and Gesher confined their internet presence to Hebrew.

The governing party, Likud, vied with Yesh Atid in the effectiveness of its on-line presence and the presentation of its policies to English-speaking voters. It ran a website in English which set out its policies, listed its candidates, and provided on-going news of the campaign. At the same time Likud, like several other parties, ran Twitter and Facebook accounts, offering voters the chance to comment and offer opinions on the changing political scene.

The hawkish New Right party, led by the prominent figures Naftali Bennett and Ayelet Shaked, ran a website in Hebrew only. Jewish Home-Jewish Power did not bother with a website at all. Two right-of-center parties in addition to Likud attempted to reach out to English-speaking voters.  One was Zehut which offered English speakers both its own website in English, with a detailed platform, as well as closed Facebook groups and Twitter accounts. The other was Yisrael Beiteinu (Israel Our Home), the party established in 1999 by Avigdor Liberman, an immigrant from the former Soviet Union, whose main constituency is Israel’s large Russia- originating population. It set up a website providing basic information in Hebrew about the party and its objectives, but with the nominal capacity to convert the contents to Russian and English. This option, while working for Russian speakers, unfortunately failed to function for English. The party would be well advised to repair the site before campaigning gets under way for the September vote.

During the last election campaign Anglos keen to discover the political choices open to them would have had to scour the internet with determination, If they confined their search simply to what the political parties provided, they would have gained only a sketchy picture. Fortunately, for those determined enough to persevere, there were a clutch of other organizations intent on catering to the political needs of Anglos. It is to these bodies, as much as the political parties, that Anglo voters will be able to turn in the run-up to September’s general election.

The Israel Democracy Institute is an independent organization dedicated to strengthening the foundations of Israeli democracy. As part of the wide range of its activities. its English language website provides a comprehensive rundown of all the parties and joint lists competing in each general election, together with the main planks in their political platforms.

The Jewish Virtual Library is an invaluable source of intelligence about Israel, its past, present and possible future. Its website is a treasure house of information in general and, during a general election campaign, of detailed political material. The JVL is run by the American-Israeli Co-operative Enterprise, a non-profit and non-partisan organization set up in 1993 with the aim of strengthening the US-Israel relationship.

In the run-up to the April general election a body called “Secret Tel Aviv” provided what it described as “the ultimate elections guide”. Its English language website was indeed replete with information about the participating parties and their policies, and encouraged comments both directly and by way of its Facebook account. Set up in 2011 by an Anglo and his wife, both originally from Manchester in the UK, Secret Tel Aviv is dedicated to helping what it describes as “internationals” to settle in Israel, assisting their businesses to grow, and fostering the integration of immigrants and native Israelis.

And then, believe it or not, there is the Tony Blair Institute for Global Change (IGC). Of all the websites available on the net, including the special election editions of Israel’s English language newspapers. the best, fullest, most comprehensive survey of the parties, their policies and their leading figures was provided by the IGC, simply as a minor by-product of its main purpose. The organization has a worldwide remit to help countries, their people and their governments tackle some of the major problems they face. In respect of the Middle East, the IGC has a special objective, perhaps a hangover from Blair’s period as special envoy for the Middle East Quartet: “to increase stability and understanding between Israel and the Palestinians.” If the IGC undertakes the same in-depth coverage of Israel’s political scene for the forthcoming election, Anglos will be well-served.

Finally there is the official website of the Knesset Central Elections Committee, available in three languages: Hebrew, Arabic and English. The website was created prior to the April elections specifically, as the chairman wrote, “to assist each of you in your efforts to come to an educated decision.” The website provided a wide range of information about the election process, the candidate factions, the election laws and statistics about previous elections. In addition there was information relevant to election day itself, including the arrangements for voting.

In short, before voting day comes round in September 2019, Anglos will have a wealth of data available to them, provided they have the will and inclination to seek it out. On the evidence of the last election, the most obvious deficiency is that Anglos who may be attracted to one of the minor parties, or to Blue and White, have little opportunity to connect directly with it in English. For a political party to enter a general election in 2019 without a website appears an act of deliberate self-harm. To set up a Hebrew-only site, when it requires only minimal effort and money to enable conversion to English, seems perverse. Perhaps the political parties – and especially Blue and White – have reflected on the deficiencies in their efforts last time. If so, they will surely provide voters in general, and Anglos in particular, with an improved service in the forthcoming campaign.
Posted by Neville Teller at 08:55