Turkey invites the Russians into NATO 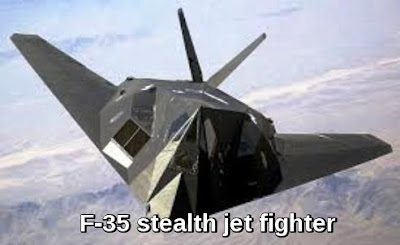 Video version
Turkey is not quite a founder member of the North Atlantic Treaty Organization (NATO), but with Greece was the first addition to the 12 nations that set up the organization in 1949. Both countries were admitted in 1952 in recognition of the vital strategic positions they occupied as outposts of Western democracy. The hope at the time, with the Cold War at its iciest, was that Turkey would help protect NATO’s eastern flank from Soviet aggression.

In the event Turkey frequently diverged from the consensus view within the alliance, but since Recep Tayyip Erdogan came to power – first as Turkey’s prime minister, and later as President – Turkey has pursued strategic and foreign policy goals increasingly at odds with the West. Believing that NATO was strategically dependent on Turkey, and that its place within the organization was impregnable, Erdogan has pursued his own agenda. For example, even when Western countries combined to fight Islamist terror groups like al-Qaeda and Islamic State, Erdogan continued supporting the Islamist Muslim Brotherhood and its offshoots. In Syria Turkey is at loggerheads with the US over its support for Kurdish forces that Turkey views as terrorists.

Now, however, Turkey has placed itself so at odds with NATO that its very membership is being questioned.

At issue are two big arms deals being pursued by Ankara. Turkey wants to buy 100 F-35s, the latest generation of US stealth jet fighters, produced by the Lockheed Martin Corporation. But Turkey is also engaged in installing Russia's advanced S-400 air-defense missile system. Defying strenuous American objections and the threat of sanctions, Turkey received the first shipment from Russia on July 12. 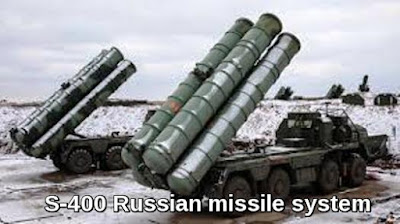 If the deal in respect of the American F-35s were to go ahead, the situation would become impossible. The S-400 is designed to detect and shoot down stealth fighters like the F-35. If Turkey acquired both, the Russian engineers and other specialists required to set up the S-400 system would be able to learn much about the American-made fighter jets.

So when it became perfectly apparent that Erdogan was insistent on receiving the Russian ground-to-air missile system, Washington cancelled the F-35 deal. In a formal statement issued on July 17 the White House said: “The F-35 cannot coexist with a Russian intelligence collection platform that will be used to learn about its advanced capabilities.”

Pentagon strategists doubtless see the S-400 deal as part of Russian President Putin’s plan to undermine NATO, and Washington has already said that the administration intends to impose sanctions on Turkey. Legislation known as the Countering America's Adversaries through Sanctions Act (CAATSA) targets purchases of military equipment from Russia. The president could impose a range of measures such as banning visas to Turkish officials, and denying access to the US-based Export-Import Bank. Harsher options include blocking transactions with the US financial system and denying export licences.

On the face of it, opponents of the Russo-Turkish deal seem to find no comfort in the fact that the advanced Russian S-400 system is to be installed in a NATO country, and is likely to be fully exposed to Western scrutiny. Russia’s President Putin has doubtless discounted that downside on two grounds. The first is that the export version of the S-400 system being supplied to Turkey differs significantly from what Russia itself uses – and that in any case Russia is working on a more advanced system for itself. The second is the political benefits of Russia having infiltrated into the heart of NATO.

The sale will certainly enhance Russia’s growing influence in the Middle East. Every future NATO operation will have to take into account the presence of the S-400 system in Turkey – a disruptive effect on the Western alliance very much to Putin’s liking. And on the plus side the S-400 deal draws a line under the breakdown in Russo-Turkish relations which occurred back in 2015, when Turkey shot down a Russian jet on its southern border with Syria. The following year a Turkish policeman, shouting “don’t forget Syria”, shot and killed the Russian ambassador at an art gallery in Ankara.

If this dispute between Turkey and the US results in the imposition of sanctions on Turkey, it could strain the long and close relationship between the US and Turkish militaries. An especially sensitive issue would be the impact on the Incirlik air base, close to the city of Adana in southern Turkey, 70 miles from the Syrian border. The base is operated jointly by the US and Turkish air forces, while air force personnel from other NATO countries are often stationed there. Critically, some 50 of America’s tactical nuclear weapons, a leftover of the Cold War, are stored at Incirlik.

A NATO spokesman recently emphasized that “Interoperability of our armed forces is fundamental to NATO for the conduct of our operations and missions” and that Russia’s S-400 system is considered “technically incompatible with the weapons systems used by NATO countries.”

It is doubtful if Erdogan considered that his insistence on acquiring the Russian S-400 anti-aircraft missile could lead to Turkey’s continued membership of NATO being seriously put in question. Yet calls for Turkey’s expulsion have appeared in various media. The broad consensus of opinion is that this would be a step too far. In any event, there seems to be nothing in the NATO’s rules about expelling a member. Such a step has never occurred, and if it were ever seriously considered, the procedures would have to be invented from scratch. This wrangle is likely to have a less dramatic resolution.