The Kurds, Assad and the shape of a future Syria 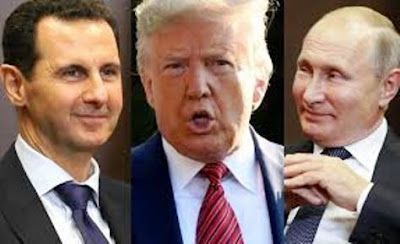 Media commentators are in a spin over recent developments along the Turkish-Syrian border. For example, several are scratching their heads over the game plan that Russia’s President Vladimir Putin has in mind.

On the one hand Syrian president Bashar al-Assad could most certainly not be sending troops to support the Kurds without the clear agreement of Russia. In fact, some commentators describe the arrangement as a “Russian-brokered deal”. So Putin must be looking with equanimity at the prospect of Syrian government forces coming into direct conflict with Turkish ground troops. 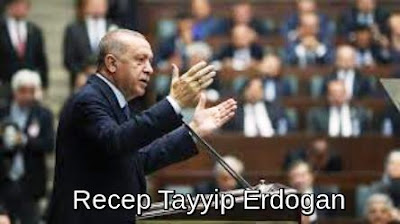 On the other hand on October 10 Russia joined the US in blocking a UN Security Council resolution calling on Turkey’s President Recep Tayyip Erdogan to cease military action and withdraw from Syrian territory – and Putin has indicated that he will exercise his veto on any future anti-Turkish motions as well. So Putin is apparently both against Turkey’s incursion into Syrian territory and against stopping it.

Media commentators are equally at sea over the Kurdish-Syrian arrangement. Several see the deal as a move forced by events on a reluctant Kurdish administration and believe, with the Daily Telegraph’s Raf Sanchez, that “the deal appeared to strike a death knell for Kurdish hopes of maintaining autonomy from Damascus in their own semi-state in northeast Syria.”

But Assad’s Syrian administration is not at permanent loggerheads with the Syrian Democratic Council (SDC), the political wing of the Kurdish Syrian Democratic Forces (SDF). Kurdish forces have indeed fought the Syrian military on several occasions during the 8-year civil war, but by mid-2018 the SDC had begun to seek better relations with the Assad regime. On July 27, 2018, in response to an invitation from the Syrian government, a delegation of the SDC arrived in Damascus to hold direct talks − its first official visit to the Syrian government.

There had been several other signs of this shift in political direction. The SDC had already announced that it intended to open an office in Damascus, while the day before the SDC delegation travelled to the Syrian capital, it announced that Kurdish forces were ready to join any military operation by government forces in the northern governorate of Idlib aimed at retaking the Kurdish area of Afrin (Afrin was captured by Turkish-backed troops in March 2018, as part of a drive by Erdogan to prevent the Kurds from dominating Turkey’s southern land border). No such military action was mounted, so Turkey was in control of a segment of Syrian territory even before the current incursion.

North-eastern Syria is under Kurdish administration. Known as Rojava, the area covers some 25 percent of what used to be sovereign Syria. There is, therefore, a pragmatic political rationale for both Assad and the SDC to seek an accommodation. In bringing Rojava under Syrian government administration Assad, who now controls some 70 percent of old Syria, would effectively be regaining some 95 percent of pre-civil war Syrian territory.

As for the Kurdish administration in Rojava – known since 2012 as the Democratic Federation of Northern Syria (DFNS) – they are not seeking independence, but a degree of autonomy. They perfectly understand that if Assad decides to grant it, a huge chunk of territory would be placed under some form of government control, but anticipate that it would be akin to the arrangement in Iraq where an autonomous Kurdistan operates in alliance with the government.

In such a deal, Assad’s regime, and himself as its President, would acquire substantial additional political support − vital if ever events force a presidential election on him as part of a peace deal. In short, both parties stand to gain from an accord.

As for Erdogan, he maintains that the YPG group, which dominates the Kurdish Peshmerga military force, is indistinguishable from the PKK, a Turkey-based terrorist group in support of Kurdish autonomy or independence, and indeed PKK leader Abdullah Ocalan and the PKK leadership have publicly recognized the YPG as part of the PKK structure.

But media commentators seem to ignore the fact that back in the 2000s, when Erdogan led his AKP party to victory in the general election and formed his first government, an accommodation was actually reached with the PKK. As the Kurdish language began to be used in broadcasting, education and the print media, the PKK softened their demands for a state of their own in favor of equal rights and autonomy. A deal including an end to violence on the part of the PKK was actually announced in 2013. The whole accommodation came to a violent end in July 2015 when the leader of the HDP, a legitimate Kurdish political party, refused to back Erdoğan's plans to convert the Turkish presidency into the sort of autocracy it has since become.

So there is a precedent for an accommodation with the PKK. In the words of Sir Peter Westmacott, one-time British ambassador to Turkey: “The aims of the PKK have evolved over the years. If they could now renounce the use of violence as part of an understanding with the Turkish government that the reform process of the early years of the Erdoğan government will resume, everyone could emerge a winner.”

The building blocks for an acceptable outcome of the current chaos lie all around.


Published in Israel Hayom, 16 October 2019 as: "What moves Putin, Assad, Erdogan and the Kurds?"
https://www.israelhayom.com/opinions/what-moves-putin-assad-erdogan-and-the-kurds/