What Britain’s Jews want from their Israeli ambassador

This article of mine appears in the Jerusalem Post magazine on Friday, June 5 as "British Jews' Expectations of an Israeli Ambassador" 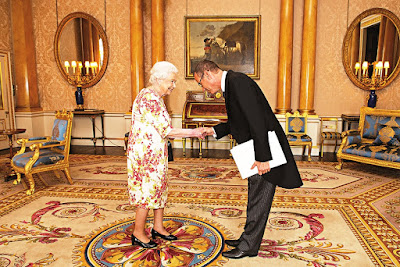 Mark Regev’s time as Israel’s Ambassador to the Court of St James’s – as the official designation goes, St James’s Palace being the official residence of the British monarchy – is drawing to a close. Having done sterling service representing Israel to the United Kingdom for the past four years, he is due to be replaced in August. If reports are to be believed Tzipi Hotovely is at this moment mulling over the offer of the post made to her by prime minister Benjamin Netanyahu, shortly after his own reappointment.

What are the qualities that Britain’s Jewish community look for in the man or woman sent to represent Israel’s interests in the UK? We can take for granted that they hope for an exemplary political track record, good character, probity and a lack of skeletons in the cupboard. Aside from these, the one outstanding requirement – as any Jewish Brit would endorse – is the ability to speak fluent, accentless Engish.

Why is this important? Because, to an extent unimaginable, and therefore totally unappreciated, to anyone not born and bred in the UK, the British ear is extraordinarily sensitive to how people sound. Just a few spoken words give rise in any British listener to a spectrum of emotional reactions. This phenomenon is rarely discussed by the inhibited British and therefore, not being understood, accorded little importance by government and other agencies seeking to influence UK public opinion. It is all bound up with the once deeply entrenched British class system which, though greatly diminished over the past half-century, lingers deep in the national consciousness.

George Bernard Shaw exposed the issue in his 1912 play “Pygmalion”, converted by Lerner and Lowe into the musical “My Fair Lady”. As Professor Higgins observes in verse and song:

“An Englishman’s way of speaking absolutely classifies him:
The moment he talks he makes some other Englishman despise him.”

That is an observation undoubtedly true in its time, and with a certain veracity even today. It undoubtedly extends beyond Englishmen. The UK’s airwaves are awash with politicians, activists and people of all sorts with a case to make. Their ability to carry conviction on British radio or television often depends less on what they say, as on how they say it.

For much of the British public, hearing an accent not native to the UK causes a bulb in the mind to flash “foreigner – beware” (full marks to the minds in which it does not). The red danger signal may moderate to amber when it is clearly an Aussie or Kiwi (Australian or New Zealander) speaking – maybe also for South Africans and the soft Atlantic tones of Canadians. In most other cases the reaction is often scepticism, and the feeling that whatever is being said is not to be trusted. It takes a skilled advocate to overcome this hurdle.

In short it is essential, to a degree that has too often been quite unappreciated, for people speaking on behalf of Israel in the British media to do so in a way that carries conviction to a British audience – and that means speaking in an accent that leads to the message being received favourably. Heavily accented English can never do that. Even an American accent raises negative reactions in many, though less so these days than in the past. Left wing opinion in the UK is inherently anti-American, and there are many who would discount the validity of any case put across in an American accent.

This accent issue explains why Mark Regev, Israel’s present ambassador to the UK, has proved such an outstanding success. 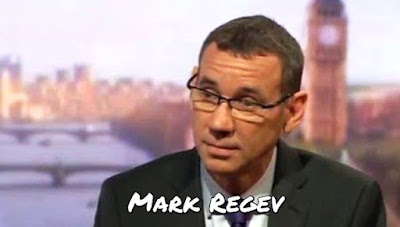 To his very considerable skills as a stalwart advocate on Israel’s behalf, he has brought the inestimable additional benefit of virtually accentless English (just the merest hint of an Aussie twang). Whenever he appears on the media, Britain’s Jewish community kvell (to use a Yiddish expression) – that is, experience pride and satisfaction. It is gratifying to see the case for Israel being put across to the UK public in a way highly likely to convince. They can rejoice in the routing of Israel’s detractors and delegitimisers.

Success in the media on Israel’s behalf fosters an ever closer relationship between the British and Israeli governments. The warmth of those relations was on full display only a few weeks ago. April 28. 2020 marked the exact 70th anniversary of the opening of the first British Embassy on Tel Aviv’s Hayarkon Street, and the establishment of formal diplomatic ties between the UK and Israel.

James Cleverly, the Minister who oversees Britain’s relationship with Israel, marked the occasion with an article in the Jerusalem Post, emphasizing the strength of British-Israeli cooperation across a whole variety of areas including scientific, high-tech, health, finance. and energy. Britain, he wrote, would continue to “cherish our friendship with Israel, stand united in the struggle against the insidious forces of hate and antisemitism and work towards an even brighter and better future for us all.”

Mark Regev, writing in The Times, said that over the past two decades Anglo-Israeli relations had become closer than ever, and noted that since 2018 the annual value of trade between Britain and Israel has grown by 25 per cent to some £9 billion. As a sign of the times, he said, in 2019 Israeli and British fighter jets trained together for the first time.

Not all of Israel’s ambassadors to Britain have been able to claim anything like the media success achieved by Mark Regev, nor the resultant excellent relations between the two governments. One recent holder of the office who can is Ron Prosser, who held the post from 2007 to 2011. His English was perfect, his accent RP – a term standing for “Received Pronunciation”, meaning universally accepted and classless. He was, and indeed remains, a powerful and convincing speaker. 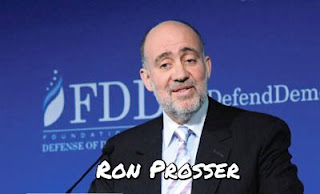 It is not only ambassadors who have made a name for themselves within Britain’s Jewish community for that winning combination of powerful advocacy allied to an impeccable English accent. One outstanding example is the late Abba Eban, whose speeches in the United Nations were widely admired and led to his enormous popularity in the UK.

both served in the British Army during the Second World War, and spoke flawless English. Herzog, indeed, was born in Belfast, in Northern Ireland, and gained his law degree at University College, London. Both upheld Israel’s image within the UK with conviction, especially during the period that Herzog spent as Israel’s ambassador to the UN. Some powerful speeches by Herzog are still available on YouTube.

How would Tzipi Hotovely match up to Britain’s stringent accent requirements, were she to agree to become Israel’s next ambassador to the United Kingdom? The answer is, remarkably well. For someone born and educated in Israel, she speaks extraordinarily fluent English with the merest trace of Israeli intonation. Where and how she learned her excellent English is not on the public record, but numerous YouTube examples of her media appearances testify to her complete mastery of the language. 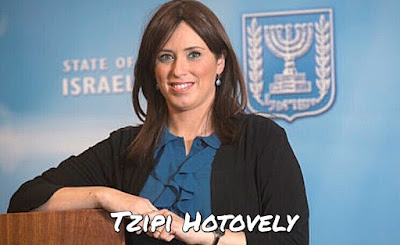 Available on line is what might prove to have been her initiation into the hazards of the British media. In May 2018 she was interviewed on the BBC World Service programme “Hard Talk” – a show that lives up to its name by subjecting its guests to tough, unremitting questioning. She came through with flying colours. She’s passed the test. Will she now slip into the driving seat?

Published in The Times of Israel, 10 June 2020:
https://blogs.timesofisrael.com/what-britains-jews-want-from-their-israeli-ambassador/