Israel-Palestine - a deal in the making? 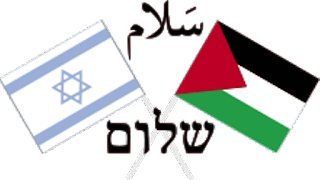 From early on in his bid for the presidency Donald Trump was intrigued by the possibility of brokering a peace deal between Israel and the Palestinians.

On the campaign trail back in February 2016 he declared “I will give it one hell of a shot. I would say if you can do that deal, you can do any deal.” Later, as he earmarked his son-in-law, Jared Kushner, to lead the peace-making effort, he said: “I would love to be the one who made peace with Israel and the Palestinians. That would be such a great achievement.”

There is little doubt that to get viable peace talks off the ground the skills of an expert deal-maker are required. Fortunately an acknowledged expert in the field is available. If there is one thing about Donald Trump that his greatest friends and most impassioned enemies are agreed on, it is that deal-making has been the key to his business success, which has been considerable.

During his presidential campaign Trump outlined his deal-making philosophy: “Each side must give up something [of] …value in exchange for something that it requires. That's what a deal is.” After one meeting with Palestinian Authority (PA) President Mahmoud Abbas, he declared “I think there’s a very, very good chance” of achieving a deal.

Shortly after receiving his brief, Kushner set to work. He spent months studying the background to the long-running dispute, and subsequently held one-on-one meetings with all the main players. Then a briefing session for interns that Kushner hosted in Washington – a session specifically intended to be private – was surreptitiously recorded and leaked to the press. What Kushner revealed, in what he believed was an off-the-record discussion, was the disillusionment familiar to anybody who has ever engaged on a formidable enterprise – the moment when the magnitude of what you have undertaken suddenly strikes you.

A great deal was made in the press about a particular remark of Kushner’s, embedded in a 20-minute exposition: “We're thinking about what the right end state is. And we’re trying to work with the parties very quietly to see if there's a solution. And there may be no solution.”

“Kushner: There May Be No Solution to Mid-East Peace” headed report after report of the leaked discussion. But in effect Kushner was not only stating the obvious, but actually reiterating his father-in-law’s own take on the situation. “A lot of people say an agreement can’t be made,” said Trump, back on the presidential trail, “which is OK – sometimes agreements can’t be made.”

One thing is certain – Kushner may be experiencing a dark night of the soul, but he has not given up. Where he may be misleading himself is in rejecting the lessons of history. Underlying some of his remarks is a world-weary frustration that is almost palpable. How many apparently endless discussions are exposed in: “You know everyone finds an issue, that ‘You have to understand what they did then’ and ‘You have to understand that they did this.’” One can sense the interminable interchanges he must have endured with one or other of the parties, blinded by their own claims and grievances. He has clearly lost patience with the tit-for-tat recriminations.

“How does that help us get peace?” he asks.

He may be right on that matter. It can’t. But he is wrong in the conclusion he drew, that afternoon in Washington.

“We don’t want a history lesson,” he said. “We’ve read enough books. Let’s focus on how do you come up with a conclusion to the situation.”

But history is at the very heart of the problem he faces. If there is ever to be a deal, it could not possibly be achieved without an in-depth understanding of the history of the Holy Land, because both the Jewish people’s claim to the land, and the refutation of that claim in the Palestinian narrative, is rooted in the past.

An inescapable aspect of historical events is that they have no real beginning. Depending on the starting point selected, the rights and wrongs of each party’s position in a political dispute can look very different. In respect of the Israeli-Palestinian dispute, the Jewish narrative probably begins some 5000 years ago; the Palestinian in the late-nineteenth century, perhaps, with the start of the proactive return to the Holy Land of Jewish settlers. Between 1881 and 1897 – that is, before the formal foundation of the Zionist movement – some twenty new settlements were created by the Hovevei Zion (Lovers of Zion).

If a deal acceptable to both sides is ever to be achieved, attempts to reconcile wildly varying interpretations of historical events would have to be put aside – a delicate task in itself. And now it is announced that before the end of August Kushner, accompanied by Jason Greenblatt and Dina Powell, US deputy national security adviser, will be touring the Middle East for discussions with states throughout the region. With Saudi Arabia, Jordan, Egypt, Qatar and the United Arab Emirates on the itinerary, as well as Israel and the Palestinian territories. it seems that the “regional umbrella” concept of nurturing the Israeli-Palestinian peace process is being pursued.

This new impetus has Palestinian support. Head of the PLO mission to the US, Husam Zomlot, following a meeting with Greenblatt on 17 August, “reaffirmed the full readiness of the Palestinian leadership to support President Trump’s efforts to reach a comprehensive solution to the Palestinian-Israel issue.”

The first signs of a deal in the making?