China looks towards the Middle East 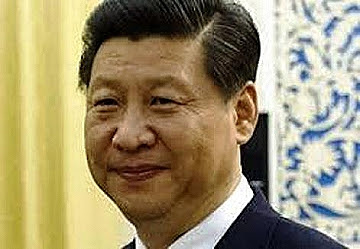 China is on the up and up.  That is a truth universally recognized.  Since initiating market reforms in 1978, China has shifted from a centrally-planned to a market-based economy, and has experienced rapid economic and social development. Growth has averaged nearly 10 percent a year – the fastest sustained expansion by a major economy in history – and has lifted more than 800 million people out of poverty. That rate of growth could scarcely be sustained indefinitely and may now be falling off a little, but the second quarter of 2017 still saw the Chinese economy advance by 6.9 percent.   For comparison, US growth rate in 2016 was 1.6 percent, and the UK and Germany both grew by 1.8 percent.

This exponential economic growth raised within China’s elite the understandable desire to use it as a springboard for advancing China’s global political status.  Thus was born in 2013 China’s“Belt and Road Initiative”.  Introduced and promoted by Chinese President Xi Jinping, the “belt” refers to reinvigorating the old Silk Road economic belt, while the “road” relates to constructing a 21st century Maritime Silk Road.  The aim of the initiative was to  promote the economic prosperity of the countries along the Belt and Road, enhance regional economic cooperation, strengthen exchanges and mutual learning between different civilizations, and promote world peace and development.

By 2017 it had involved China underwriting billions of dollars of infrastructure investment in countries along the old Silk Road linking it with Europe. The ambition is immense. China is spending roughly $150 billion a year in the 68 countries that have signed up to the scheme. According to the Economist, Xi Jinping is seeking to dominate Eurasia and create an economic and trading area to rival the transatlantic one, dominated by the US.

In May 2017 Xi Jinping welcomed 28 heads of state and government to Beijing to celebrate the initiative.  There were not many Western leaders among the guests.  The EU’s reservations about China came to a head last year when EU lawmakers voted against China’s application for “market economy status”, which would have reduced possible penalties in anti-dumping cases. Steel was the sticking point: China’s huge production capacity has flooded world markets and threatened jobs, growth, and competitiveness.

As for the political implications of China’s initiative, the West has largely ignored them. While its attention has been focused elsewhere, President Xi has been pursuing his aim of achieving a global leadership role for China.  Locked into his economic-based political agenda is a desire to make a mark in Middle East politics in general, and the Israeli-Palestinian dilemma in particular.

Back in May 2013, when the “Belt and Road” initiative was being finalised, both Palestinian Authority (PA) president, Mahmoud Abbas, and Israel’s prime minister, Benjamin Netanyahu, visited Beijing.  Following hard on each other’s heels, Netanyahu stressed the large and growing commercial partnership between China and Israel, while Abbas encouraged China’s ambition to intervene in the Israeli-Palestinian issue, urging the Chinese leadership "to use its relationship with Israel to remove the obstacles that obstruct the Palestinian economy".

As a result China proposed a four-point plan as the agenda for a dialogue, which it would host, between Abbas and Netanyahu.  It called for the establishment of a Palestinian state on the basis of 1967 lines, respect for Israel’s right to exist and security concerns, halting settlement activities and violence against civilians, and international guarantees to advance the peace process.  No such dialogue took place.

With the PA president back in Beijing in July 2017 for a state visit at Xi Jinping’s invitation, China’s four-point plan was back in play.  Abbas praised China’s desire to resolve the Israeli- Palestinian conflict, and said he supported holding trilateral Chinese-Israeli- Palestinian meetings to move the peace process forward. The trilateral dialogue mechanism had been raised by President Xi Jinping in a closed-door meeting with Abbas. It is aimed at helping “coordinate and push forward key projects to assist Palestine”, according to a statement on the website of the Chinese Foreign Ministry.

It does not have the feel of an initiative likely to take off.  “We don’t even know if this will be an official dialogue or an unofficial one,” said Pan Guang, a professor at the Shanghai Academy of Social Sciences. “But so far, I doubt if Israel would want any official involvement.”

The proposal of a three-way dialogue comes as Beijing steps up engagement, both diplomatic and economic, in the Middle East, a region Beijing views as critical in its trade and investment “Belt and Road” initiative.  During his visit to the Middle East in January 2017, President Xi pledged $55 billion in investment and loans for the region.  At the same time China remains in a cosy economic relationship with Israel, with a record $16.5 billion of Chinese investment in Israel last year.

There seems little escape from the perception that China is using its unprecedented and growing wealth to buy a leading role in the drama playing on the international stage.  As in all international dealings, mixed motives can often be detected, though realpolitik is usually at the heart of affairs. Wang Lian, an international relations professor at Peking University, assumes China’s benevolent intentions.

“From China’s perspective,” he said, “economic measures could be more effective in connecting different parties in the Middle East, for example in the case of Syria where, as Islamic State falls, China’s involvement in the reconstruction could be more acceptable for both the government and the opposition.”   Which may be true enough, if the other parties involved were inclined to step – or be pushed – aside to allow China space.

What is true for Syria in true for the Middle East generally.  As for mediating an Israeli-Palestinian accord, China has to join the back of a line including the US, of course, but also Russia, France, the Arab League, and the EU.

Which is not to say that Chinese influence, backed by Chinese investment, and resting on ancient Chinese diplomatic skills, may not in the final analysis result in China being the mediator of choice.