Trump and the Iran deal – a game of poker 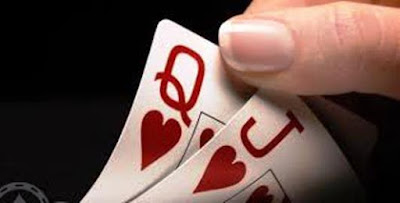 Tuesday July 14, 2015 is a date with double significance. It was the day on which world powers, led by the United States, signed the so-called JCPOA (Joint Comprehensive Plan of Action), the deal with Iran that nominally limits its nuclear programme. It also marked the re-emergence of Iran into world markets after decades of crippling sanctions. In truth the consequential commercial and economic benefits of the deal are as vital to Iran’s ambitions as the nuclear.

As for those ambitions, Iran’s leaders have never concealed them. The Islamic Republic of Iran seeks to become the dominant political and religious power in the Middle East. As the prime exponent of the Shi’ite tradition of Islam, Iran views as its main rival the leading Sunni state, Saudi Arabia, which it has constantly sought to suborn. It regards Western democracy with contempt, dubs its leading exponent, the United States, the “Great Satan”. and has for decades initiated and supported terrorist attacks on US targets, many of them deadly. Iran abhors Israel in particular, and makes no secret of its intention eventually to eliminate it from the map of the Middle East.

It is to this rogue state that the much-vaunted nuclear deal has handed the keys to an eventual nuclear arsenal, and the means to enjoy a flourishing economy and commercial growth on a previously unimaginable scale. Long starved of economic development, and with a population of some 80 million, Iran is replete with juicy commercial plums simply waiting to be plucked.

The negotiations between Iran and the so-called P5+1 (the permanent members of the UN Security Council plus Germany) in an attempt to prevent Iran from developing nuclear weapons, involved the retreat, step by step, of the world powers. The prime policy objective of the Obama administration from the first – to bring Shia Iran “on side” in order to counter the activities of Sunni al-Qaeda, and later of IS – presupposed appeasement. Other western powers, mesmerised by Iran’s apparent access of flexibility, bent over backwards to accommodate its demands and finalise a nuclear deal. Trumpeted as a triumph, in fact the outcome opens the door to Iran eventually becoming a nuclear power – a fact still often ignored or obscured by pro-dealers.

Significantly, though, the US State Department’s former special adviser for non-proliferation and arms control in the Obama administration, Bob Einhorn, recently described the nuclear deal’s ‘sunset’ provisions as the risk that, “when key nuclear restrictions of the JCPOA expire, Iran will be free to build up its nuclear capabilities, especially its enrichment capacity, and drastically reduce the time it would need to produce enough fissile material for a nuclear weapon.”

This was the main objection voiced by Israel’s prime minister, Benjamin Netanyahu, in 2015 when he publicly opposed Obama’s deal with Iran. The fact is that between 2025 and 2030 the agreement to limit Iran’s stocks of low-enriched uranium and the number of centrifuge cascades it can operate will expire, allowing Iran to erect an industrial-scale nuclear program if it chooses. Other ambiguities built into the agreement allow Iran to continue testing ballistic missiles and to block inspections of its military sites. So while it may be accurate to say that Iran is complying with the letter of the deal, it is also likely that, thanks to this deal, Tehran will be able to rebuild its economy, expand its military and, at some point in the future, be in a position to construct a nuclear arsenal.

All of which has led Washington to a new high-risk strategy vis-à-vis Iran. The timetable is significant. On September 14 President Donald Trump agreed to extend sanctions relief for Iran, since re-imposing sanctions without a pressing reason could have led Iran to renounce the deal and revert back to rapid uranium enrichment. Nine days later, perhaps emboldened by the US’s move, Iran chose to test-launch its newest missile which is reportedly capable of carrying multiple warheads, and to have a range placing Israel and Saudi Arabia within easy striking distance.

Speaking during a military parade featuring the new missile, Iranian president Hassan Rouhani said: "We will promote our defensive and military power as much as we deem necessary. We seek no one's permission to defend our land."

Trump responded with a tweet: "Iran just test-fired a ballistic missile capable of reaching Israel. They are also working with North Korea. Not much of an agreement we have."

This was perhaps the opportunity Trump was waiting for. On October 13 he certified that Iran was not complying with the agreement, and gave Congress 60 days to decide whether to re-impose sanctions waived under the deal. The 60 days duly passed, and on December 13, Congress simply allowed the deadline to pass. The pact between world powers and Tehran remains intact. Nor have Congressional leaders announced any plans to introduce a resolution to reimpose sanctions. In short, Congress passes the ball back to Trump, who must decide in mid-January if he wants to continue to waive energy sanctions on Iran.

World opinion fears that if sanctions are reapplied the nuclear agreement could unravel, leaving the international community with even less transparency about Iran’s nuclear program. It would also scupper the myriad highly profitable commercial deals with Iran that have mushroomed since sanctions were lifted.

European ministers and business people have flocked to the country. Agreements were soon negotiated and signed with a variety of west European business enterprises. Given Russia’s battlefield collaboration with Iran in the Syrian conflict, Russian companies have come away with some juicy commercial plums. Two Russian companies have signed a deal with an Iranian firm to develop a remote-sensing satellite observation system based on the Russian Kanopus-V1. The launch is scheduled for 2018 aboard a Soyuz carrier rocket. Satellite observation systems can be used to gather information about the Earth's atmosphere, surface, and oceans. What else they can be used for was not specified in the Iranian news report, leaving the imagination to run riot. Russia is also cooperating with Iran in the fields of aviation, shipbuilding and the supply of S-300 anti-aircraft missile systems.

The Trump administration and the Iranian leadership are certainly playing a high stakes game of poker.