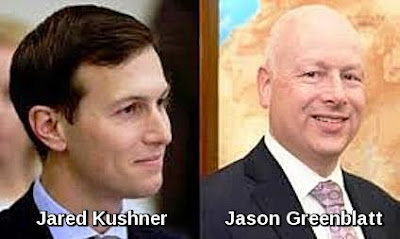 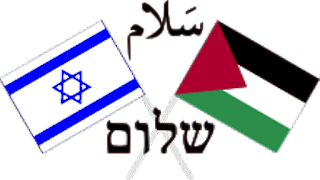 On 18 November 2017 Israel’s TV Channel 2 claimed a scoop, as it unveiled what it claimed were details of Washington's nascent peace plan. According to their report, the deal in the offing involved the US recognizing a Palestinian state in an arrangement that involved exchanges of territory with Israel, but that it would not be conforming to the long-held insistence by the international community, the Obama administration and the Palestinians that the new state must be based on the pre-Six Day War Green Line. The US, it seemed, would be reverting to the view generally held back in 1948 by all concerned, including Jordan, that those armistice lines were not appropriate as international borders. These needed to be established and agreed by negotiation.

The Channel 2 report maintained that the US had gone along with Israel’s insistence that its security demanded a military presence in the Jordan Valley, but had not accepted that it must be the Israel Defense Forces, or perhaps not exclusively the IDF. Questions surrounding the future status and administration of Jerusalem, the TV network reported, were not yet on the table.

At every step of the way, Channel 2 reported, issues would be discussed in detail with a number of Arab states, Saudi Arabia in particular, and the idea of a regional conference on Israel-Palestine peace was being considered. Locked into the proposals was the idea of promoting Palestinian economic development to the tune of millions of dollars, donated largely by Sunni Arab states.

Trump’s Israel-Palestine peace initiative is led by Jared Kushner, his son-in-law and senior adviser, and Jason Greenblatt, the US special representative for international negotiations. Heavily engaged in devising a foolproof diplomatic initiative aimed at achieving a comprehensive peace agreement, they have deliberately set no time limit on their enterprise, convinced that painstakingly slow consolidation of each small step along the way is the key to bringing their enterprise to a successful conclusion.

When it is finally ready, reports indicate that the team will release what has been described as “an intricately detailed plan”, after which, they believe, “a comprehensive MidEast peace deal” could be negotiated within two years.

The Trump team is in accord with the principle of partition, an idea which traces its origins back to the Balfour Declaration, the statement by the British government in 1917 supporting the concept of a Jewish homeland in the region then known as Palestine. Subsequently Britain was mandated by the League of Nations to realize the project, but reconciling Jewish and Arab interests proved impossible and civil disturbance proliferated. The Arab revolt of 1936 finally goaded Britain into establishing a Commission under Lord Peel charged with reaching a workable solution. After much deliberation, Peel proposed the partition of Palestine into two states – one Jewish, the other Arab.

The rationale? “An irrepressible conflict has arisen between two national communities … Their national aspirations are incompatible. The Arabs desire to revive the traditions of the Arab golden age. The Jews desire to show what they can achieve when restored to the land in which the Jewish nation was born. Neither of the two national ideals permits of combination in the service of a single State.”

What was true then remains true today, but the situation has become ever more complicated with the passage of time. For example, the question rarely asked is how peaceful co-existence can be achieved when Hamas, representing a substantial proportion of Palestinians, is opposed tooth and nail to any recognition of Israel. The recent Hamas-Fatah accommodation simply muddies the waters.

Palestinian Authority (PA) president Mahmoud Abbas leads a Fatah party whose constitution states that Palestine, with the boundaries that it had during the British Mandate, is an indivisible territorial unit and the homeland of the Palestinian people. Why then has he spent the past twelve years nominally supporting the two-state solution? Because pressing for recognition of a Palestine within the pre-Six-Day War boundaries is a tactic inherited from Abbas’s predecessor, Yassir Arafat. It represented the first stage in a strategy ultimately designed to gain control of the whole of Mandate Palestine.

The Trump team have recognized that a Palestinian state on pre-Six Day War boundaries will not do. Hamas would almost certainly seize power, just as it did in Gaza, and the PA leadership is very worried at the prospect of losing power to Hamas. Like it or not, they would need stronger defenses against “the enemy within” than their own resources could provide.

An even more fundamental issue militates against the classic two-state solution. Vying with Hamas on the one hand, and extremists within its own Fatah party on the other, the PA has glorified the so-called “armed struggle”, making heroes of those who undertake terrorist attacks inside Israel, promulgating anti-Israel propaganda in the media and the schools, and reiterating the message that all of Mandate Palestine is Palestinian. The end-result is that no Palestinian leader dare sign a peace agreement with Israel unilaterally. The consequent backlash, to say nothing of the personal fear of assassination, have made it impossible.

The Trump team understands these political realities, and their embryonic proposals indicate how they see the circle being squared.

They are suggesting bringing the moderate Arab world on side, to provide a shield for the Palestinian negotiators. The nature of the projected peace conference has not been revealed, but what is known of the plans suggests that it might conceivably encompass Arab-Israeli peace as a whole, leading to “a comprehensive MidEast peace deal”. It is in this context that a new sovereign state of Palestine might be established and, in accordance with the 2002 Arab Peace Plan, normalisation of Arab-Israeli relations could follow.

The concept of a three-state Confederation of Jordan, Israel and Palestine has not appeared in the peace team’s plans, but it makes sense in terms of providing the security required by all three. A confederation is a political entity of independent sovereign states which agree to cooperate on issues of common concern. Such a confederation could be established simultaneously with a sovereign Palestine, and its prime purpose could be the defense of the confederation as a whole. Cooperation in the fields of commerce, infrastructure and economic development might be other objectives, and would accord with proposals already leaked from the Trump team.

What has emerged so far is promising. Further leaks are eagerly awaited.

Published in the Eurasia Review, 30 November 2017:
https://www.eurasiareview.com/30112017-americas-peace-team-a-softly-softly-approach-oped/
Posted by Neville Teller at 11:28