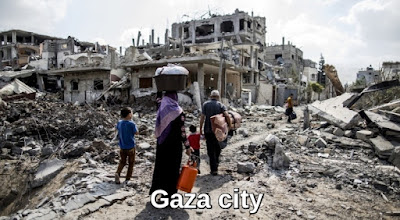 Suddenly, it seems, the appalling circumstances in which the vast majority of Gazans are living have struck the public conscience.  The Strip suffers from a chronic lack of water, of electricity, of medical resources – and the situation seems to be deteriorating from week to week.  Gaza’s problems stem from a variety of causes, but the people of Gaza have little inclination to analyse the reasons for the humanitarian crisis that has overwhelmed them.  The struggle to exist in anything approaching decent living and working conditions occupies most of their attention,

Ever since Hamas took up arms against Fatah in 2007, seized power and drove it out of Gaza, the two Palestinian organizations have been at daggers drawn.  Numerous attempts to effect a reconciliation have failed.  The simple fact is that the bedrock of the Hamas philosophy is to destroy Israel and take over the whole of the old Mandate Palestine ­­− an aim inconsistent with any attempt to negotiate an Israeli-Palestinian peace.  Alternatively, the more that the Fatah-dominated Palestinian Authority (PA) has engaged with the UN, the EU and world powers in efforts to gain recognition for a Palestine based on the pre-Six Day War boundaries, the less likely has been any sort of reconciliation with Hamas. Hamas, in line with Iran, wants Israel out of the picture altogether.

Hamas has devoted much of its efforts over the past decade to boosting its military capacity and deploying it against Israel.  Taking second place by a large margin have been policies for reducing poverty, developing the Strip’s infrastructure, improving its health, educational and social services, making people’s lives better.  Instead Hamas has fomented three full-scale military confrontations with Israel.  The results of the conflicts of 2008, 2012 and 2014 are that large urban areas lie in ruins, and life for ordinary Gazans has been infinitely diminished. 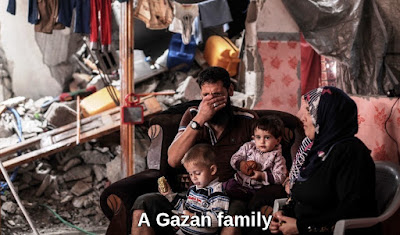 Of the hundreds of millions of dollars that flow into Hamas’s coffers each year from charitable institutions concerned for the welfare of the Palestinian people, from Iran and Qatar and via proactive fund-raising efforts, huge sums have been expended on military hardware and on the construction of sophisticated tunnels running under the borders of Israel and Egypt – the former to allow terrorist attacks on Israeli civilians, the latter largely to facilitate the smuggling of goods and services, though Egypt also suspects Hamas of actively supporting Muslim Brotherhood efforts to subvert the government of President Fattah al-Sisi through terrorist activity inside Egypt.

The liberal co-existence between Gaza and Israel envisaged at the time Israel withdrew completely from the Strip in 2005 – open borders and free travel – came to nothing once Hamas had gained control.  Now at last world opinion is hardening against the negative, rejectionist, non-conciliatory philosophy underlying the Hamas organization.

In high-level, multi-nation conferences held in the past few weeks a strong theme has been emerging:  PA rule must be re-established in Gaza.  Hamas’s illegal seizure of power in Gaza must be reversed, and Gaza must be included in any Israel-Palestinian peace deal.

Speaking on March 20, 2018, ahead of the regular meeting of the Ad Hoc Liaison Committee that handles donor funds to the Palestinians, the EU’s foreign policy chief, Federica Mogherini, said unequivocally that, from the EU’s point of view, “there is no realistic alternative to the two-state solution, and there is no alternative to the return of the Palestinian Authority to Gaza.”

“We see it very clearly,” she said. “There is no state of Palestine without Gaza, nor with Gaza alone. This is why we expect all Palestinian factions to defy the spoilers and continue on the path of reconciliation, with courage and determination.”

At that meeting Joan Polaschik, the official representing the US, said: “We view the PA as the legitimate governing body in Gaza…Hamas’s continued control of Gaza remains our biggest challenge…Let’s be clear: Hamas and its commitment to violence is the primary obstacle to rapidly improving the lives of the people of Gaza.”

For years the pursuit of an Israeli-Palestinian accord has been stalemated by the fact that a sizeable proportion of the Palestinian people formed the power base for the rejectionist Hamas organization.  Hamas not only refused to recognize Israel’s right to exist, it rejected the legitimacy of PA President Mahmoud Abbas, and turned its back on his efforts to gain acceptance for a state of Palestine at the UN.  “All or nothing” remains its philosophy, as evidenced by the latest Hamas-inspired mass protest on the Israeli border.  The demand is that some 5 million descendants of Arab families that fled from their homes during the 1948 war must be allowed to return to the homes vacated by some 700,000.

But, as even the Arab world is finally acknowledging, Hamas represents an obstacle to attaining regional stability and economic development.  If a new Israeli-Palestinian peace process is ever to take off, the PA will have to assume control of the Gaza Strip − either through its own efforts, or with assistance.