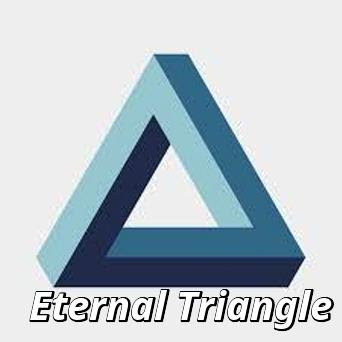 Video version
Hamas, Fatah and Israel – three entities locked in an unproductive relationship. Hamas and Fatah may both consider Israel their mortal enemy, but their hatred for each other is just as bitter. Meanwhile Israel may not actively hate the warring Palestinian organizations, but it totally mistrusts both of them and looks on as they strive against each other.

The Islamist world is fratricidal. Many groups are in bitter conflict with one another, not always along the traditional Sunni-Shia divide. One long-running feud – the continuing struggle between Hamas and Fatah – does not concern religious doctrine, nor even basic political objectives. Both bodies are Sunni Muslim; both are pledged to restore to Islamic rule the whole of Mandate Palestine, including the area currently occupied by the state of Israel. Their fundamental disagreement is over the strategy for achieving their common purpose, and their struggle is a struggle for power within the Palestinian body politic.

At just about 10 a.m. on March 13, 2018 Rami Hamdallah, prime minister of the Fatah-dominated Palestinian Authority, drove in a motorcade from Israel, through the Erez Crossing, into the Gaza strip. A few seconds later, some 200 meters into Gaza, his car was blasted by a roadside bomb which brought the convoy to an abrupt halt. Seven staff members were injured, but Hamdallah and his intelligence chief Majid Faraj, who was travelling with him, were unharmed, and the whole party quickly retreated to the safety of Israel.

Within two minutes the Palestinian Authority had issued a statement accusing Hamas of responsibility for the incident, an accusation reiterated by PA President Mahmoud Abbas himself a week later. On March 20 Abbas, speaking to Palestinian leaders in Ramallah, said that if the assassination attempt had succeeded it would have "opened the way for a bloody civil war".

The incident, he said, would "not be allowed to pass", and he announced that he had taken new “national, legal and financial measures” in retaliation. He did not specify what they were, but they would be on top of cuts ordered by Abbas in 2017 in budgets allocated to Gaza for electricity, medical services, government employees’ salaries and other purposes – steps taken by Abbas in an attempt to pressurize Hamas into ceding control of Gaza to the PA.

Two days after Abbas’s speech, on March 22, Hamas-run security forces in Gaza announced the death in a gun battle of the main suspect in the assassination attempt. The official statement declared that the suspect, Anas Abdel Malik Abu Khousa, and two colleagues were involved in a shootout with security forces that surrounded his hideout at al-Nuseirat Camp in the center of the Gaza Strip. Two security officers were also killed,

This incident and its aftermath produced a sharp reversal in Hamas-Fatah reconciliation efforts being diligently pursued at the time by the Egyptian government. Egypt had been trying to broker a deal under which the PA would resume administrative and security control over the two million inhabitants of the Gaza strip.

Abbas maintained that there had been “zero progress” in the reconciliation process – scarcely surprising, since it was only the latest in at least a dozen unsuccessful attempts since 2005 to reconcile the two warring factions. Despite the suspension of talks, Fatah tried to enlist support for Abbas in the streets of Gaza ahead of his speech at the UN General Assembly on September 27. Hamas prevented this. It warned the owners of printing houses in Gaza not to publish posters supporting Abbas, while detaining dozens of Fatah operatives.

The PA responded. Nearly 50 Hamas activists were taken into custody in the West Bank.

Now Abbas is said to be jittery following recent statements from the Hamas leadership indicating that Hamas is seeking a new truce agreement with Israel to incorporate the lifting of sanctions.

Hamas leader Yahya Sinwar recently told an Italian journalist that despite the continuing tensions along the Gaza­­– Israel border, Hamas is not interested in another war. A new war with Israel could well end Hamas’s rule over the Gaza Strip. Some of its top leaders are convinced that this is precisely what Abbas wants, which explains why they are prepared to accept a long-term truce with Israel under the auspices of Egypt and the UN.

Abbas opposes the truce concept tooth and nail. He sees it as entrenching Hamas in Gaza indefinitely. What he probably hopes for is what the Hamas leadership opposes – a new Hamas-Israeli conflict which results in the total defeat of Hamas and the extension of PA rule over Gaza’s two million Palestinians.

Netanyahu, at a press conference on October 4 with visiting German Chancellor Angela Merkel, said that over the last year Abbas “has made the situation in Gaza more difficult by choking off the flow of funds from the Palestinian Authority to Gaza.”

And indeed, two days later, a senior Hamas official revealed that although Qatar had paid for the fuel needed to keep power plants in Gaza running, and Israel had agreed to the pumping of the fuel into the Strip, the PA was hindering the initiative.

“The PA threatened the transportation company workers and the employees of the electricity company,” he said, “that they would be held accountable if they received the fuel and operated the power plant for more than four hours. So,” he concluded,” who is besieging you, people of Gaza?”

Subsequently, in the light of particularly savage attacks on the Israel-Gaza border, Israel has rescinded its cooperation, while the Gaza leadership asserts that the border attacks will continue until Israel lifts its blockade on the export into the Strip of proscribed “dual-use” materials that can be used for military purposes.

To term all this a merry-go-round is to belittle the seriousness of the issues at stake, and especially the humanitarian disaster that has overtaken the people of Gaza. They have become pawns in a struggle for power between Hamas and Fatah in which Israel, a major player, has to stand to one side till it is played out. 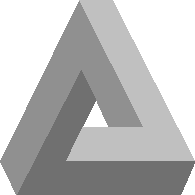