The state of Iraq 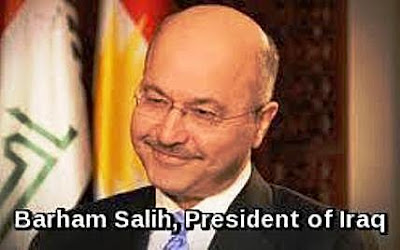 The years of internal conflict that followed the overthrow of Saddam Hussein and his regime in Iraq in 2003 have at last been succeeded by a degree of precarious stability.

Iraq is a federation of three elements held in uncertain balance – the Shia majority, the Sunni minority and the Kurds in their northern autonomous region of Kurdistan. But it also faces the aftermath of the Islamic State (IS) caliphate that dominated large areas of the country for more than three years. In addition the government has to cope with the presence of two competing power brokers lodged within their body politic – the US and Iran.

Iraq’s political parties, mirroring the balance of politico-religious power underlying the Lebanese constitution, have reached an informal agreement under which the presidency is reserved for Kurds, the premiership for Shia Arabs, and the post of speaker of parliament for Sunni Arabs. Accordingly, in October 2018 the veteran Iraqi Kurdish politician Barham Salih was elected by parliament to serve as president for the first of a maximum of two four-year terms. In line with the political agreement, Salih appointed Adel Abdul Mahdi, a Shi’ite, as prime minister. 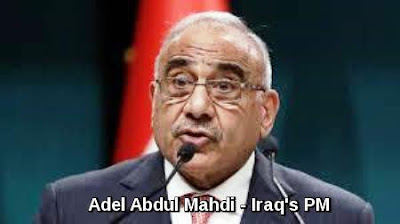 Mahdi, with a wealth of ministerial experience under his belt. is faced with a formidable agenda. The defeat on the ground of IS, the result of a united effort by government and Kurdish forces backed by support from the US and its coalition, leaves Mahdi with the task of rebuilding the infrastructure of large parts of the country.

Yet although all the territory previously part of the IS caliphate has been reclaimed, the organization’s destructive activities have not been effectively quelled. The Human Rights Watch (HRW) report for 2018 condemns IS for dozens of explosive attacks on civilian-populated areas, and the capture and extra-judicial killing of civilians.

In February, UN Secretary General António Guterres said in a report to the Security Council that IS has already "substantially evolved into a covert network...it is organizing cells at the provincial level, replicating the key leadership functions." Despite its losses, said Guterres, it still controls between 14,000 and 18,000 militants in Iraq and Syria. Cells "appear to be planning activities that undermine government authority, create an atmosphere of lawlessness, sabotage societal reconciliation and increase the cost of reconstruction and counter-terrorism."

These activities include kidnappings for ransom, targeted assassinations of local leaders, and attacks against state utilities and services, including setting fire to crops in bizarre imitation of Hamas’s attacks on Israeli farmers close to Gaza.

A severe humanitarian problem also faces the authorities. The newly elected US senator for Illinois, Tammy Duckworth, recently visited Iraq and found that some 30,000 widows and children of dead IS soldiers had been interned in camps in the desert, including 10,000 children under the age of 5. She was not able to discover what, if anything, was planned for them.

In a recent interview with President Salih, journalist Christian Caryl elicited a frank appraisal of the difficulties facing the nation. Salih himself pointed out that Mosul, its second-largest city, had been recaptured from IS more than a year ago, yet the city remains in ruins. Discussing the effectiveness of Iraq’s administrative machinery, the president admitted the need to fight a deeply entrenched culture of corruption in the bureaucracy, the government’s failure to provide basic public services such as water and electricity, and the challenge of preventing a full-scale IS revival.

Taking all its problems into account, however, a vital factor affecting Iraq’s current, as well as future, prospects is that it is the second–largest crude oil producer in the Organization of the Petroleum Exporting Countries (OPEC) after Saudi Arabia.

During the first half of 2018, Iraqi crude oil output stood at about 4.5 million barrels per day (b/d), including oil produced in the Iraqi Kurdistan Region. Disputes between the government and the KRG flare up from time to time, but an innovative “swap deal” with Iran involving northern crude production seems to be functioning very effectively.

Iraq abuts Iran right along its 900-mile (1450 kilometer) eastern border. Accordingly, in the far north Kurdish Iraqi crude oil is trucked to Iran, while in the far south Iran ships the equivalent volume of crude oil from its Kharg terminal to Basra. Iraq plans to double the amount swapped with Iran in this way to 60,000 b/d of crude oil.

In this, and in many other ways, Iran is intent on retaining Iraq within its sphere of influence. Washington believes Iran’s aim is to destabilize the country. US ambassador Zalmay Khalilzad recently accused Iran of financing and training militia groups and promoting Islamist politicians, including followers of Moqtada al-Sadr, a prominent Shiite cleric who controls a militia known as the Mahdi Army.

Deeper analysis suggests the main motives for Iranian involvement are to push out coalition forces and Western influences; to keep Shi’ites in power, since Shia Iraq is a useful support for Iran’s much wider “Shia Crescent”; and to maintain Iraq as a federal state, minimizing Sunni influence and optimizing the Shia regions.

Iraq is slowly emerging from the trauma of Saddam Hussein’s dictatorship and the turmoil that followed his overthrow. There is a long road yet to travel, but there is reason for hope. Iraq may yet develop into a democratic and prosperous island of stability in a chaotic Middle East.