This article of mine appears in the edition of the Jerusalem Report dated September 9, 2019 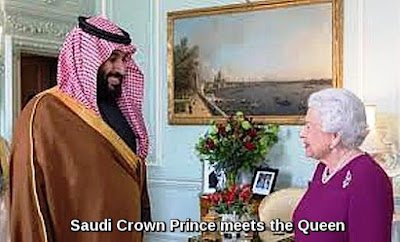 The kingdom of Saudi Arabia is such an established feature of today’s Middle East that it comes as something of a surprise to realize that it is less than a hundred years old. It was a British explorer, Captain William Shakespear, who charted large areas of northern Arabia and first made official contact with Abdul Aziz ibn Saud, later to be king of Saudi Arabia. In 1915 Shakespear, by then military adviser to Ibn Saud, was killed in a local skirmish. He was only 36 years old. It took Ibn Saud seventeen more years of political and military struggle against other local chieftains and the Ottoman empire before, supported by Britain, he was able in 1932 to name the area that he had conquered “Saudi Arabia”, and proclaim himself monarch. The bond with Britain, originally forged by Shakespear, had been maintained after his death, and has subsequently withstood the test of time.

It was doubtless with an eye to the eventual centenary celebrations of the monarchy and the kingdom that in April 2016 Saudi’s deputy crown prince, Mohammed bin Salman (known as MBS), launched Saudi Vision 2030, an ambitious plan to revitalize the nation. If it succeeds, by 2032 Saudi Arabia will have been transformed from its current dependency on oil revenues into a modern, liberalized, thriving, entrepreneurial society, its prosperity underpinned by flourishing industrial, financial, economic and commercial sectors. 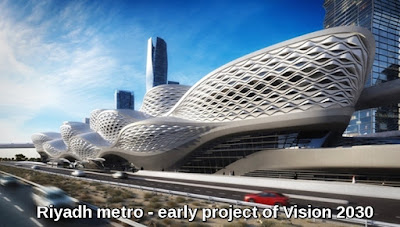 Saudi Vision 2030 has been described as a “neo-liberal blueprint”. It envisages, among hundreds of initiatives, privatizing entire sectors of the economy, cutting subsidies, courting investors at home and abroad, streamlining government services, and going public with the national oil company, Saudi Aramco.

It was in respect of this last objective that MBS envisaged the UK connection coming into its own. Funding the reform program requires vast sums of money, and MBS envisaged raising it by floating a stake in Saudi Aramco, the state-owned energy company. Several stock exchanges vied to handle the flotation, but it was the London Stock Exchange that MBS favored. The deal, said to involve the raising of $2 trillion, the largest flotation that London has ever handled, were just about finalized when, for unexplained reasons, they were put on hold. A few months later, in July 2019, they were revived. The Saudi energy minister, Khalid al-Falih, said on July 2 that officials were working to list the company within the next two years. The expected proceeds are considered integral to the Saudi Vision 2030 undertaking.

In the interim, as an alternative means of funding its Public Investment Fund (PIF), the chosen instrument for financing Vision 2030, Saudi Arabia has settled on raising substantial loans. Some of the most senior names in international banking pitched for two short-term loan deals, each around $10-11 billion.

MBS landed in Britain on March 7, 2018 for a three-day visit, armed with an ambitious agenda to explain and promote Vision 2030. Another prime objective was to consolidate the ties between the British royal family and the new generation of the house of Saud. With this aim endorsed by the government, Queen Elizabeth hosted a lunch for the crown prince – a rare honor for a man not yet head of state – while a separate dinner was also arranged with Prince Charles, the heir to the throne, and Prince William.

On the political front, no efforts were spared to show MBS that he was a very special guest. Meetings with then-prime minister Theresa May took place at 10 Downing Street and at Chequers, her country residence, and most unusually the Saudi crown prince was invited to attend a meeting of the British Cabinet. Moreover, recognizing Saudi’s important contribution to combating terrorism and extremism, the government arranged for the crown prince to have private meetings with the heads of MI5 and MI6, Britain’s security and intelligence agencies, as well as attending a meeting of the full National Security Council.

The visit achieved a significant result. The UK and Saudi Arabia agreed to set up a new bilateral government body, to be known as The Strategic Partnership Council. Its remit will be to assist in the roll-out of Vision 2030, and to promote British involvement in Saudi’s rapidly developing service sectors. The Council will provide a mechanism through which the two governments can cooperate on the Saudi reform agenda. It will also serve as a forum for inter-governmental dialogue, and will oversee the work of envoys appointed jointly to drive economic and social progress in Saudi Arabia.

The need for social progress was recognized and built into Vision 2030 from the start, and it was Saudi’s procrastination in this area that was one of the main causes for public dissent during MBS’s visit to Britain. For mass anti-Saudi demonstrations there certainly were.

The main charges hurled at MBS and his officials during public protests concerned Saudi’s involvement in Yemen and vehement antagonism to Britain selling arms to Saudi Arabia. Hundreds of people gathered outside Downing Street to voice their opposition to MBS’s visit as Theresa May held talks with him inside. Leading Labour and Green Party figures were among the speakers as protesters chanted “Hands off Yemen - stop the bombing now” and demanded that the UK halt arms sales to the Gulf state.

A fiery exchange in parliament between Theresa May and Labour leader Jeremy Corbyn underlined the tension in Britain over MBS’s trip. Corbyn accused the government of "colluding" in war crimes by selling arms to Riyadh.

Then in June 2019 the Campaign Against Arms Trade brought a case against the then-international trade secretary, Liam Fox, charging the government with selling arms to Saudi Arabia illegally. The case went to the court of appeal, which ruled that certain sales had been unlawful, since they had been made without properly assessing the risk to civilians. As a result, the court said that the UK export licensing process was “wrong in law in one significant respect,” and ordered Fox to hold an immediate review of at least £4.7 billion worth of arms deals with Saudi Arabia.

The fact is that Britain is a key military supplier to Saudi Arabia, which is now the top destination for British-manufactured weapons. But then the arms industry is a major component of the UK’s commercial structure – Britain is the second largest arms dealer in the world. Only the United States is a bigger exporter.

As regards Saudi’s record on human rights, the subject was raised by Theresa May during her meeting with the crown prince. A Downing Street spokesperson said that May had welcomed recent reforms in Saudi Arabia, “including on women attending sporting events and the cinema, and being legally able to drive,” but that they had agreed to work together to intensify reforms, “particularly on women’s rights and on universal human rights.” This aspect of Vision 2030 will doubtless be promoted by way of the new UK-Saudi Strategic Partnership Council.

Most political and economic issues in today’s Britain are viewed through the prism of Brexit. The government clearly believes that in opting to sustain and support Saudi Arabia’s ambitious Vision 2030 program, it will be backing a winner. But there is another side to the coin. With the UK anxious to consolidate global trade relationships post-Brexit, the economic dimension of relations with wealthy Gulf states such as Saudi Arabia will assume great importance.

Saudi minister and head of Aramco, Kalid al-Falih, has already shown how eager he is to attract further British investment. He is reported to have told British trade representatives that increased business with Riyadh would be their post-Brexit commercial gateway to the Middle East, Africa, and the Islamic world as a whole - "to which Saudi Arabia is central". The movement is already afoot. Following MBS’s visit to London, both sides have concluded mutual investment deals in the education, banking and pharmaceutical sectors worth £65 billion.

It seems as though Vision 2030 might be offering a promising future not only to Saudi Arabia, but also to the United Kingdom.
Posted by Neville Teller at 08:32