Hezbollah's next war with Israel 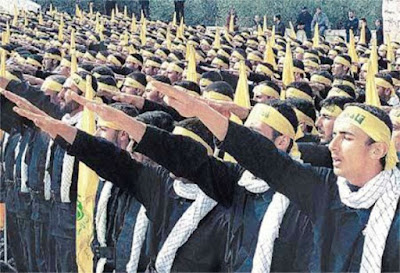 Hezbollah planted itself in the soil of Lebanon in the early 1980s, when the state was being torn apart by civil conflict. Drawing their inspiration from the extremist Shia-based philosophy expounded by Iran’s first Supreme Leader, Ayatollah Khomenei, Hezbollah’s three founders declared that its purpose was to oppose Western influences in general and Israel’s existence in particular. Heavily supported by Iran, it proceeded over the following years to give effect to its raison d’être by initiating a series of horrendous terrorist operations against the objects of its hatred.

The most notable were the bombing of the US embassy in Lebanon, the bombing of the US and French military barracks in Beirut, abductions and murders of Western and Sunni Arab figures in Lebanon, and the hijacking of a TWA flight en route from Athens to Rome. These terrorist attacks, because they were deniable by the Iranian regime, were an integral element of a larger Iranian terrorist campaign waged to undermine the influence of Western countries and Israel in the Middle East, and keep France from assisting Iraq during the Iran-Iraq war.

On 12 July 2006, Hezbollah launched a sophisticated attack on Israel. The target was the armoured Humvees (four-wheel drive military trucks) that regularly patrolled the Israeli side of the border. To act as a diversion, rockets were fired from inside Lebanon at northern Israeli border towns, while Hezbollah guerrillas crossed the border into Israel and disabled two of the armoured trucks with automatic weapons and rocket-propelled grenades. The ambush left eight Israeli soldiers dead, while two Israeli soldiers were abducted and taken to Lebanon. In exchange for their release, Hezbollah demanded the release of Lebanese prisoners held by Israel. Israel refused and responded with airstrikes and artillery fire, following this up with a ground invasion of southern Lebanon and an air and naval blockade. Hezbollah then launched more rockets into northern Israel and engaged the IDF in guerrilla warfare.

At that time Hezbollah’s missiles were unguided rockets fired indiscriminately across the border. Much has happened since 2006. Hezbollah has now acquired a huge stockpile of missiles and guided rockets largely funded by Iran, manufactured in Iran and Syria, and smuggled into Lebanon. Today Israeli intelligence estimates that Hezbollah possesses an arsenal of some 150,000 tactical ballistic missiles including Scuds, Fateh-110 Iranian missiles, and M-600s, a Syrian modified version of the Fateh-110. Many have a range enabling them to cover the whole of Israel. Moreover Hezbollah is in possession of some very effective air defence systems, including the SA-17 Buk anti-aircraft missile battery of Russian origin.

Why has Iran been expending enormous sums of money to boost the arsenal of its Lebanese satellite, Hezbollah? One guess will suffice – Iran and Hezbollah are preparing for their next war with Israel, “which is right around the corner or closer”, according to Hezbollah sources reported recently on the website Ya Sour.

Hezbollah has more up its sleeve than its greatly enhanced arsenal. Among the “surprises” to come are the fronts on which it will attempt to fight. The report claimed that Hezbollah has transferred high quality and specialized weaponry to the Golan Heights, which will act as a second front to south Lebanon. A third “surprise” is that it intends to fire long-range projectiles at Israel from deep within Syria, namely the Qalamoun and Anti-Lebanon Mountain ranges, areas firmly under the Shi’ite group’s control on both the Syrian and Lebanese sides of the border.

The Long War Journal, an on-line publication issued by the Washington-based Foundation for the Defense of Democracies, believes that Hezbollah has indeed amassed a missile arsenal around the city of Baalbek, close to its Beqaa Valley stronghold, and nearly completed a tunnel in the Zabadani valley, linking the stronghold to Qalamoun. The purpose is to conceal the transfer of weapons from aerial surveillance. Qalamoun has been the focus of recent Israeli airstrikes.

The Hezbollah sources told Ya Sour that the group was shifting its missile operations to the Qalamoun area because it would be easier to camouflage the rockets and protect their storehouses and launchers from attack by Israeli planes. They added that the huge Qalamoun region, partly on the Lebanese and partly on the Syrian sides of the border, was ideal for launching long-range ballistic missiles at Israel.

In a video clip released on 16 February 2017, Hezbollah secretary-general Hassan Nasrallah gave a list of strategic targets in Israel, declaring that he would attack them in the next round of fighting. These included an ammonia plant in Haifa (slated to be closed shortly), nuclear reactors in Dimona and Nahal Sorek, and Rafael Advanced Defense Systems weapons development facilities.

Rattled by Israel’s repeated attacks on the arms convoys trying to reach Lebanon from Syria, the Iranians, according to a recent report, have established rocket-manufacturing facilities sited either inside Lebanon, or – one expert analyst believes – in the Hezbollah-controlled Quseyr area in Syria. The report, published in the Kuwaiti daily Al-Jarida, cites an aide to the commander of Iran’s Revolutionary Guards Corps as its source. He asserts that the IRGC built the missile-making facilities more than 50 meters underground, and fortified them against air strikes before handing control over to Hezbollah three months ago. The missile factories can reportedly produce surface-to-surface missiles with a range of more than 500 kilometres, capable of hitting anywhere in Israel, as well as Israeli ships and offshore gas rigs in the Mediterranean.

There can be no doubt that Israel is monitoring these developments closely, is aware of the build-up, and is well-prepared to counter any future onslaught. For example, Israel's state-of-the-art anti-missile system, known as David's Sling, passed its final tests in January 2017 and would be available to de­fend sensitive sites in Israel, and indeed offshore, against Hezbollah's arsenal of missiles and rockets. Moreover the army is tightening intelligence coverage of Hezbollah activities while undertaking extensive engineering works along the border to impede penetration by attacking forces.

In any event, Hezbollah is still heavily engaged in the Syrian civil war which, while enhancing its fighting skills, has much weakened it by way of casualties – a minimum of 1048 Hezbollah fighters, according to a recent survey. It is unlikely Hezbollah would be in a position to engage in a new full-time military conflict any time soon.

So while the Iranian-Hezbollah cabal may be as determined as ever in its aim of destroying Israel, the next Hezbollah-Israeli war is probably not just around the corner.