Moves on the Arab-Israeli chessboard 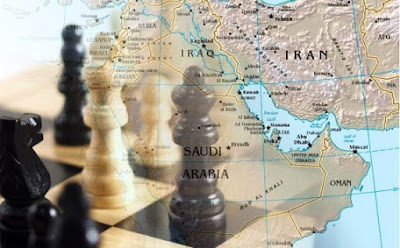 Broad goals such as “America First” and “Make America Great Again” set the tone of President Donald Trump’s administration, but viable domestic policy objectives are hard to discern. The Muslim travel ban, the Mexican wall and the healthcare reforms were challenged from the first, and as yet are not being fully implemented. Whether withdrawing from the Paris climate change treaty yields the US positive results only time will tell.

On the foreign policy front, however, Trump does seem to have one firm objective – to confront Islamist extremism in the Middle East, and not wholly for its own sake, but as one vital element in a determined effort to broker an Arab-Israeli understanding leading to an Israeli-Palestinian peace accord.

A sequence of events over April, May and June 2017 point to the initiation of a clear-cut policy on this issue. Its implementation might be dated from 7 April 2017. That was the day the US launched a missile attack on Syria. Trump had ordered the US military to fire 59 Tomahawk missiles at the al-Shayran air base from where Syrian government warplanes had taken off to drop chemical weapons on rebel forces in Idlib province, regardless of the collateral damage to the civilian population. The nerve gas had killed at least 86 people, including 33 children.

President Trump’s decision was so obvious a reversal of the line taken in similar circumstances by his predecessor, ex-President Obama, that it sent diplomatic shock waves around the world. A rapid, and far from unfavourable, reassessment of Donald Trump permeated the media, and the prestige of the US soared. Syrian President Bashar al-Assad and his allies Russia, Iran and Hezbollah were forced into a quick rethink on future tactics, but most important of all, a clear message went out to the Sunni Arab states of the Middle East, long disenchanted with ex-President Obama, that a new kid had arrived on the block.

That message was rammed home when Trump, on his first foreign foray as president, landed in Riyadh in Saudi Arabia on 20 May for a meeting with some 50 leaders of the Arab world. On the subject of Iran and Islamist extremism, he did not mince his words. His direct denunciation of Iran was welcomed by his Saudi hosts and his audience, all of whom believed that Obama, for his own reasons, had empowered their regional enemy throughout his presidency.

“For decades,” said Trump, “Iran has fuelled the fires of sectarian conflict and terror. It is a government that speaks openly of mass murder, vowing the destruction of Israel, death to America, and ruin for many leaders and nations in this room.”

Did he already know of the action to be taken only 16 days later by an influential band of the leaders he was addressing? Suddenly, on 5 June, Saudi Arabia, Bahrain, Egypt and the United Arab Emirates cut all ties with Qatar, accusing the country of undermining the security of its neighbours by supporting the region’s arch-enemy, Iran, and financing terrorist organizations like the Muslim Brotherhood and Hamas. They halted all land, air and sea traffic with Qatar, ejected its diplomats and ordered Qatari citizens to leave within 14 days. The decisiveness and the unexpectedness bear all the hallmarks of Saudi’s then deputy crown prince, since elevated as heir to the Saudi throne, Prince Mohammed bin Salman.

The next day Jordan joined the move, announcing that it was downgrading its diplomatic relations with Qatar and revoking the license of the Doha-based television channel, Al Jazeera.

Whether or not Trump had prior knowledge of the Arab states’ intentions, he was very quick to claim the credit for initiating it. “So good to see the Saudi Arabia visit with the King and 50 countries already paying off,” he wrote.

Some Pentagon officials were said to have been taken aback by Trump’s tweet, particularly given the American military’s close ties to Qatar. Al Udeid Air Base, outside the Qatari capital, Doha, is home to more than 11,000 American and coalition service members. Qatar also houses the forward headquarters of the US Central Command and an American intelligence hub in the Middle East. All the same officials and commentators agreed that there was little immediate threat to the American military facilities in Qatar, not least because Qatar views America’s military presence as an insurance policy against the potential aggression of its neighbours.

Striking while the iron was hot, Trump soon despatched his son-in-law and adviser, Jared Kushner, to lay the groundwork for what he has called the “ultimate deal” – Israeli-Palestinian peace. Kushner arrived in the region on 21 June, accompanied by US Mideast envoy Jason Greenblatt, and immediately held preliminary meetings with both Israeli prime minister, Benjamin Netanyahu, and PA president, Mahmoud Abbas.

Meanwhile the administration seemed anxious to dampen expectations of a speedy outcome. The White House spokesman emphasized that “forging a historic peace agreement will take time,” and that Kushner and Greenblatt will likely make “many visits” to the region. So Trump, who has received a commitment from both sides to pursue peace, is playing it long, seeking only to improve the atmosphere in the first instance. There is no talk yet of a summit conference, although the US is believed to be sounding out Saudi Arabia and other Sunni states about their willingness to be involved in due course.

With the US now re-established as the major power broker in the Middle East, the dynamic young Mohammed bin Salman promoted as heir to the Saudi throne, and President Donald Trump fully committed to pursuing his anti-Islamist, pro-Arab-Israeli peace agenda, a glimmer of hope is surely justified. The question is: can supreme deal-maker Trump really deliver?