An Anglo in Israel 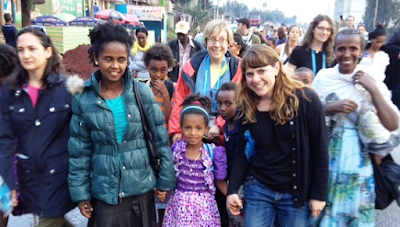 Most outsiders’ impression of daily life in Israel is based on media reports, and the media concentrate on the violent, the shocking and the newsworthy. So on visits back to the UK the general line of enquiry from relatives and friends is: “What’s it like living in Israel with all that violence?” Pointing out that knife crime in Britain is at an all-time high doesn’t wash as a response.

I often reply by saying that a stroll down London’s Oxford Street is similar in most respects to a stroll down Tel Aviv’s Dizengoff. You don’t expect, and rarely if ever witness, anything more distressing than a heated political argument between friends. What’s more, if Britain prides itself on having become a genuine multi-ethnic society over the past half-century, a glance at the crowds on Dizengoff should convince any visitor that Israel is comparable in that respect.

As for the charge, loosely flung around by BDS supporters, that Israel is an apartheid state, that I say is easily disproved by a trip to Hadassah hospital as either patient or visitor. The most sceptical would be convinced that racial discrimination simply does not exist. The six- or eight-bed wards are filled indiscriminately with Jewish and Arab Israelis, and the doctors and nurses who work side by side for all the patients are a similar mix. The apartheid charge is a fantasy.

Yet of course Israel faces problems which, unresolved for decades, feed extremist agendas and spill over into violence. Arab citizens have grievances, but they are at least able to vote representatives to the Knesset to speak on their behalf and strive to redress them. Palestinians in the West Bank, still subject to Israel’s Civil Administration, resent living in a sort of no-man’s-land controlled by the military. Then there are the two million Palestinians in Gaza, who exist under an administration run by Hamas, an extreme rejectionist organization hell-bent on eliminating Israel and regaining the whole of mandate Palestine.

Hamas and its perpetual program of threatened or actual violence does exemplify one unique aspect of life in this country. Being under existential threat of attack from all sides generates a particular frame of mind. A glance at a map of the Middle East reveals that Israel sits in the midst of states not only hostile, but positively dedicated to its destruction. To the west is Hamas. To the north is Lebanon, now virtually dominated by Hezbollah, an Iranian-controlled terrorist organization which is continually threatening all-out war. To the north-east lies Syria, a vital link in Iran’s so-called Shia Crescent. Beyond lies Iran itself, wholly intent on wiping Israel off the map. With Israel’s two immediate neighbours, Jordan and Egypt, there exists an uneasy peace – a Cold Peace – in which governments cooperate in respect of their self-interest, but friendly relations between peoples is virtually non-existent.

These are the factors, I tell them, that gives life in Israel its special flavour. People under siege generate a bond of common concern, and we can’t really forget the threat. Its reality is brought home by the occasional practice sounding of air-raid sirens, when we are expected to take cover, and sometimes by the real thing. All the same, though everyone is aware that danger lurks around the corner, normal daily life in Israel proceeds for the most part placidly – or as placidly as your Israeli can tolerate.

For the truth is that action and excitement are more to the general taste. Living under these conditions produces a sort of nervous energy that is almost palpable. Israel is a young country, and there is a vibrancy in the atmosphere, a feeling that society is on the move.

Israelis are proud of the title “Start-Up Nation” because, with a population of about 9 million, Israel has become an acknowledged world leader in high-tech innovation. This feeling of a nation moving ahead is enhanced for anyone travelling around the country. Construction, both commercial and residential, is booming; infrastructure development is everywhere in evidence. For example, the Jerusalem light railway, itself a major innovation, is being extended. The Tel Aviv light railway is under construction. The Jerusalem-Tel Aviv fast rail link, though admittedly late in arriving, is on the way. The government publication “Infrastructure for Growth 2019” lists 204 mega projects in the pipeline, totaling 196 billion shekels ($56 billion).

So why, concerned friends ask, doesn’t Israel sort out the Israel-Palestinian dispute once and for all, gain the world’s approval, and forge ahead?

Efforts to resolve the conflict are strewn across the recent history of the Middle East, but the sad truth is that all were predestined to fail, even before the negotiators for each side sat down at the table.

The reason is not difficult to deduce. Arab opinion as a whole resents the presence of the state of Israel in its midst. Palestinians mark Israel’s Declaration of Independence in 1948 annually with their own Nakba Day (“Day of Catastrophe”). Mahmoud Abbas, the president of the Palestinian Authority, leads a Fatah party whose charter states quite unequivocally that Palestine, with the boundaries that it had during the British Mandate – that is, before the existence of Israel – is an indivisible territorial unit and is the homeland of the Palestinian people. Each Palestinian, it declares, must be prepared for the armed struggle and be ready to sacrifice both wealth and life to win back his homeland.

Why then, one might legitimately ask, has Abbas has spent the past 14 years nominally supporting the “two-state solution”, and pressing for recognition of a sovereign Palestine within the boundaries that existed on 5 June 1967 – that is, on the day before the Six-Day War?

Given the founding beliefs of Abbas’s party, this tactic – inherited from his predecessor, Yassir Arafat – obviously represents only the first stage in a strategy ultimately designed to gain control of the whole of Mandate Palestine, an objective explicit in what he says in the Arabic media, but which he never expresses in his statements to the world.

No, the innumerable peace negotiations have at least yielded one inescapable truth. Short of committing hara-kiri, Israel could never offer enough because its very existence is anathema to the other side.

Unless and until the Palestinian leadership accepts that Israel is here to stay, the stalemate seems doomed to persist. US President Donald Trump’s peace plan, due to be unveiled after the Israeli elections on 17 September, has been condemned in advance by the Palestinian leadership. What is needed is an Arab-wide consensus, reached with Israel, on the future geo-political configuration of what was Mandate Palestine.

One possible result of intensive, but realistically-based, negotiations might be the creation of a new legal entity – a Confederation comprising three sovereign states: Israel, Jordan and a new-born Palestine. Such a Confederation, conceived specifically to guarantee the security of all three partners through close military and economic cooperation, might also provide the basis for the future growth and prosperity of each. Living in Israel might then be even more stimulating than it is already.