This article appears in the edition of the Jerusalem Report dated October 7. 2019 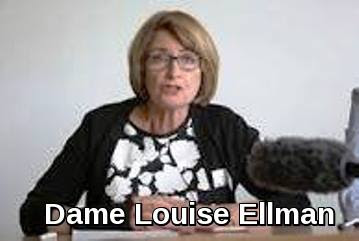 In his four brief years as leader of Britain’s Labour party, Jeremy Corbyn has earned a global reputation as antisemitic, unable or unwilling to tackle an upsurge of rampant antisemitism within his party. He himself contends that he is far from being an antisemite, and that he has spent a political lifetime fighting racism in all its aspects. He has declared time and again that he is dedicated to expunging any trace of antisemitism from within the Labour party. Unfortunately, his efforts in that direction have so far proved disappointingly ineffective.

One possible explanation is that in his own mind antisemitism is completely divorced from anti-Zionism – a distinction which does not stand up to close scrutiny. For anti-Zionist he certainly is, making no secret of his fundamental opposition to the very existence of Israel, whose creation he believes was a colonialist enterprise, and which he accuses of oppressing the Palestinian people and illegally occupying their land. He is a supporter of the Boycott, Divestment and Sanctions (BDS) movement, which seeks to delegitimize and overthrow the state of Israel.

Corbyn has emerged from the extreme left of Britain’s Labour movement. A self-acknowledged Marxist, he views the history of the Western world as a story of capitalist domination and colonialist expansion at the expense of powerless peoples. He regards the foundation of Israel as a prime example of this process – a “racist endeavour” he has called it.

In expounding these opinions Corbyn exposes himself as an aberration in the long history of Britain’s Labour movement. The towering giants of Labour’s past held a very different view. Firebrand Aneurin (Nye) Bevan, for example, the revered founder of Britain’s National Health Service and the darling of the left, was a fervent Zionist.

The first post-war Labour government, led by Clement Attlee, which came into power in 1945, was fearful of upsetting the Arab world and strictly controlled Jewish immigration into Palestine. Bevan opposed this policy to the point of threatening to resign, arguing in cabinet that British policy in Palestine was inconsistent with the spirit and tradition of the Labour Party.

Bevan and his wife, Jennie Lee, a formidable Labour figure in her own right, visited Israel for the first time in 1954. They returned inspired. Jennie Lee found in the kibbutzim: “the kind of passion that socialist workers everywhere who have had their own experience of victimization and of exile through poverty, should particularly understand.”

Bevan himself waxed lyrical, endorsing the Jewish people’s ancient relationship with the land of Israel: "The immediacy of the remote past is an intimate reality… Nazareth, Galilee, Jerusalem, all these and so many more belong to [the Jew] in a special sense, for they whisper in his blood, and evoke memories of a time that was, before he was compelled to seek shelter in reluctant lands." 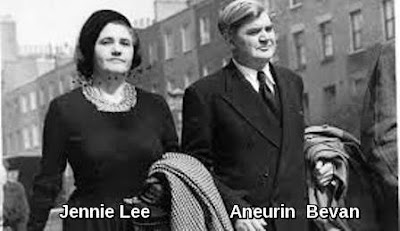 Other seminal Labour figures like Michael Foot and Richard Crossman campaigned persistently for a Jewish homeland within Palestine. Tony Benn wrote passionately pro-Zionist articles in the Jewish Vanguard, thrilled at the prospect of building socialism in Israel. Future Chancellor of the Exchequer, Denis Healey, recalled that when Labour swept to power in 1945 the whole Labour movement, including the radical left, was “overwhelmingly pro-Zionist” and favoured the establishment of a Jewish state. It was from this general support within Labour that the idea emerged of forming a body to be called the Labour Friends of Israel (LFI). It was founded at the 1957 Labour Party Conference.

Quickly drawing wide support from within the party, the LFI defined itself as a group dedicated to promoting a strong bilateral relationship between Britain and Israel, with special emphasis on strengthening the long-established ties with the Israeli Labor party – at the time the party of government.

Perhaps the high point in the Labour party’s relationship with Israel occurred during the 1960s and 1970s with the accession of Harold Wilson as leader of the party and, in 1964, as prime minister. Wilson was dedicated to Israel and the Zionist cause. As the veteran left wing Zionist Labour MP, Ian Mikardo, told the audience at the close of LFI’s annual dinner in October 1975, Wilson was “not only Israel’s most important friend in the Labour party, but also her most consistent friend.”

Harold Wilson resigned the premiership on March 16, 1976, five days after his 60th birthday. After his retirement his first overseas trip was to Israel, where he received an honorary doctorate and visited a forest near Nazareth that had been named after him. He then settled down to write an account of the tangled relationship between Britain, the US and Israel. His book, “The Chariot of Israel”, was according to Roy Jenkins, Wilson’s deputy leader, “one of the most strongly Zionist tracts ever written by a non-Jew.”

In the light of Wilson’s strong attachment to Israel, it is perhaps not all that surprising that he then agreed to become president of the Labour Friends of Israel. At the dinner in 2016 commemorating the centenary of Wilson’s birth, the LFI’s then director, Valerie Cocks, said: “He spoke about Israel in the most loving, warmest possible way.” 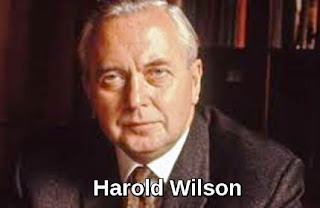 Former Labour chairman and ex-trade union official, Lord Tony Clarke said: "I think [Wilson] would be ashamed that we seem to have lost our way on Israel. His support of Israel was never in doubt. He realized the responsibility that the Labour Party had in the run up to the creation of the state 68 years ago. Israel is built on the founding principles of socialism in this country."

The breakdown in relations between Britain’s Labour party and its Jewish community, bad enough in itself, has extended to the traditionally close links between Labour and its Israeli counterpart.

It was in April 2018 that Israel’s Labor Party suspended relations with Jeremy Corbyn, accusing him of sanctioning antisemitism and showing hostility towards Israeli policies. Then Labor leader, Avi Gabbay, wrote directly to him.

“It is my responsibility to acknowledge the hostility you have shown to the Jewish community,” ran the letter, “and the antisemitic statements and actions you have allowed as leader of the Labour party UK.”

Referring to the upcoming Holocaust Remembrance Day, he said that Israel would be reminded of the horrors of antisemitism. “As such,” he continued, “I write to inform you of the temporary suspension of all formal relations between the Israel Labor party and the leader of the Labour Party UK.”

The rupture was confirmed by Labor’s new leader, Amir Peretz, following a BBC television documentary “Is Labour Antisemitic?” broadcast on 10 July 2019. The programme set out evidence of interference by Labour officials in the process of investigating antisemitic incidents in the party, and of the harassment of staff.

"As far as I'm concerned,” said Peretz in a radio interview, “I have no intention of generating contacts with Labour as long as Corbyn is there. I do not intend to allow anyone from among us to have contacts of that kind. I think he has crossed all the red lines." What he did not say, nor has he done, is to sever relations with the Labour Friends of Israel which, despite all the furore within Labour over the antisemitism issue, the resignation from the party of nine Labour MPs in February 2019 and three Labour peers in July, maintains its existence, its membership and its integrity.

The organization currently counts around 75 MPs and 36 peers as its parliamentary membership. Its current policy objectives are to strengthen relations between Britain and Israel, support those striving for peace, and call for the renunciation of violence and the spread of democracy across the region.

“We support constructive and informed discussion within the Labour movement,” says LFI on its website, “explaining the intense debate within Israel over the challenges the country faces, including constant security and existential threats.” Then it adds: “We work closely with the Israeli Labor party and other left wing and centrist politicians, trade unions, progressive groups and individuals, encouraging strong bilateral economic, political and cultural ties.”

Among its other activities, LFI organizes fact-finding tours to Israel and the Palestinian territories. The most recent was in July 2019, when it hosted a group of centre-left parliamentarians. The group was led by the recently appointed LFI chair, Dame Louise Ellman MP, who took over from Joan Ryan on August 7. During the week, meetings with both Israeli and Palestinian ministers took place.

Coexistence projects featured among their tour. They visited a MEET (Middle East Entrepreneurs of Tomorrow) summer school in Jerusalem which brings young Israelis and Palestinians together to learn tech and entrepreneurial skills; and a SACH (Save A Child’s Heart) in Holon.  SACH performs life-saving operations on children with cardiac conditions, as well as providing training for doctors and nurses from developing countries.

LFI is flourishing. As long as it continues to attract scores of Labour parliamentarians who reject the anti-Zionist policies of the hard left as exemplified by Labour’s current leadership under Jeremy Corbyn, there is hope that one day Britain’s Jewish community might return to its traditional support for the party.