Are Iran and Israel edging towards war? 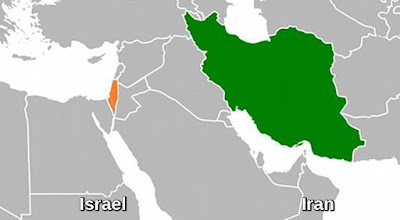 Military activity by Israel over the weekend of August 24-25, 2019, reported widely in the media, ratcheted up Iranian-Israel tension in the region. Because these operations appeared to be a response to the threat of imminent hostile action, the idea that they may also be consistent with a deeper strategy was not the subject of much comment. Yet alongside a determination to prevent the transfer of Iranian military hardware to Hezbollah, an Israeli policy of consistently degrading Iran’s armed forces and their proxies is becoming increasingly apparent.

This longer-term pattern of Israeli military thinking parallels what is emerging as Iran’s deeper purposes in the region. Despite its standoff with the US over the past two years, Iran’s power base in the Middle East has been substantially enhanced. Its “Shia Crescent”, once a rather aspirational concept, is now a reality. Having supported and developed the military capabilities of its proxies in Syria, Iraq, Lebanon, Gaza and Yemen, Iran is now engaged in transferring to them its advanced missile and unmanned drone capabilities. The Houthis in Yemen and Hamas in Gaza are making use of them. If Iran has its way, Hezbollah will one day unleash them on Israel.

At the same time Iran pursues with increasing determination its opposition to much of the Sunni Muslim world in general, and to Saudi Arabia in particular, seeking constantly to undermine and eventually overturn their regimes. In this one particular the moderate Arab world and Israel know they stand shoulder to shoulder.

The latest clashes began early on the morning of Saturday, August 24, when, acting on intelligence indicating an imminent “killer” drone strike, Israel attacked military sites in Syria. Details remain sketchy, but it appears that the targets were Iranian controlled bases in Aqraba, south-east of the capital, Damascus. Hassan Nasrallah, head of Hezbollah, which is closely tied to Iran’s forces in Syria, claimed that Israel had targeted Hezbollah positions.

Shortly afterwards Lebanese sources reported that two Israeli surveillance drones had come down in a Hezbollah stronghold in the Lebanese capital, Beirut. An unmanned drone was said to have fallen on the roof of a media center belonging to the group, and a second to have exploded in mid-air and crashed nearby. Some reports speculate that they had been involved in the earlier attack in Syria.

Then on Sunday night, August 25, Israeli aircraft carried out three airstrikes deep inside Lebanon on a base belonging to the Popular Front for the Liberation of Palestine (PFLP), the terrorist group fighting alongside Iranian forces and Iran-backed militias in support of Syrian president, Bashar al-Assad. The base is located in the Bekaa valley in eastern Lebanon, near the border with Syria.

Later that Sunday evening three rockets were fired from Gaza into southern Israel. Two were intercepted by the Iron Dome missile defense system, but one exploded next to the Route 34 highway. Within hours the Israeli Air Force had launched a series of strikes on targets in the Gaza Strip, hitting a Hamas military base

Is all this military activity by Israel, largely explicable as direct reaction to provocation, consistent with a longer-term strategy aimed at weakening Iran’s aggressive capabilities? There have certainly been some unclaimed and unexplained anti-Iran activities in the recent past.

For example a blast on Tuesday night, August 20, apparently caused by an aerial attack, struck a pro-Iranian Shiite militia facility 80 kilometers north of Baghdad. It came after three unexplained explosions in recent weeks on Iraqi Shiite militia sites that served or hosted Iranian assets. The last of these demolished a weapons depot. One report said that 50 missiles stocked at the targeted site were destroyed.

Iraq’s paramilitary groups backed by Iran have blamed the series of recent blasts at their weapons depots and bases on the US and Israel. The Popular Mobilisation Forces (PMF), or Hashd al-Shaabi, is the umbrella grouping of Iraq's mostly Shia militias. It said the US had allowed four Israeli drones to enter the region and carry out missions on Iraqi territory. The US-led coalition, in Iraq to fight remnants of the Islamic State, denied the accusation.

Another blast the week before at a weapons depot run by one group sent rockets hurtling across southern Baghdad, killing one person and wounding 29 others. A government investigation of an earlier explosion near Baghdad concluded that it was caused by a drone attack.

Israel has, in line with its normal policy, neither confirmed nor denied responsibility for these attacks inside Iraq, but if it did carry them out, it would be an extension of its normal anti-Iran campaign. The last time it struck Iranian targets inside Iraq was in 1981, when Israeli fighter jets bombed a nuclear reactor under construction south of Baghdad.

Escalation is also been the name of the game on Iran’s part. Its recent attempt, frustrated by the Israel Defense Forces, to launch a flotilla of “killer drones” into Israel has upped the stakes. Israel’s immediate claim of responsibility for the strike against the Iranian-controlled bases in Syria also strikes a new note. It underlines Israel’s determination to foil any ambition Iran might harbour of establishing a permanent power base in either Syria or Iraq.

The world must hope that neither side will advance its political aims to the point of armed conflict.

Published in the Jerusalem Post, 5 September 2019, as
"What the Arab world owes Israel"
https://www.jpost.com/Middle-East/What-the-Arab-world-owes-Israel-600678
Posted by Neville Teller at 08:01